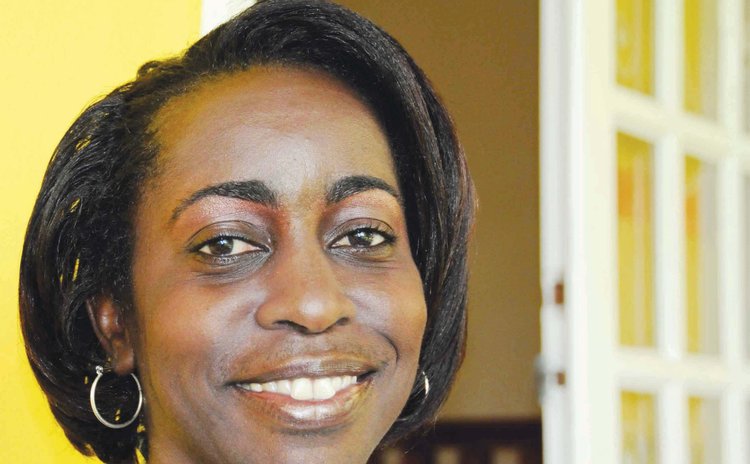 A legacy of hard work and determination is what many say the late Dr. Violet Vyline Cuffy BA., BSc., MSc., Ph.D. will be remembered for.

Born on November 5, 1966, Dr. Cuffy died on December 28, 2021, in England where she worked as Senior Lecturer in Tourism & Events Management with the University's Business School. She was laid to rest in Dominica on April 8, 2022.

The youngest of eight siblings of Allan and Janette Cuffy, Dr. Cuffy's educational journey began at St Martin Primary School where she obtained her first scholarship, and later the Dominica Grammar School to begin her secondary education, one of the eight girls to be admitted to the school for the first time.

An individual with exceptional work ethics, according to those who knew her best, she never shirked from a challenge, but "showed great self-belief and determination, setting herself goals and working hard to achieve them." Working career begins

Dr. Cuffy's working career began at St Martin's Secondary School Vocation Section as a Home Economics teacher. Within a few years, she obtained a scholarship to study at the College of Arts Science and Technology (CAST), Jamaica, where she completed her Bachelor's and graduated with 1st class honors.

On her return to Dominica, she did not get a position in her field of studies but found favor at the Royal Bank of Canada where she worked for a number of years before furthering her studies in a two-year banking programme.

While still an employee at the bank, she seized an opportunity for fieldwork in community tourism and accepted a two-year contract. While on contract, a Commonwealth scholarship was advertised, she applied and was granted that scholarship and later obtained her Ph.D. from Guildford University in Surrey and published her first book – "The Book on Guest Houses".

Her doctorate thesis "From Womb to Tomb" was dedicated to her mother, "To my mother for your loving care, support, guidance and prayers; for indeed though not physically here your hands have been forever upon me! I humbly give this Thesis back to you as a sign of my appreciation and recognition that without you I am but nothing save for with you / achieve everything. I now go forth along this journey of life confident that your continued heavenly gaze and prayers will see me safely to the end".

Shortly after graduating with her Ph.D., she began her coaching consultancy - The RosEd Training Centre.

Prior to taking up her first lecturing post at St Mary's in Scotland, Dr. Cuffy worked as an External Examiner for the University of Westminster. In 2017 she traveled south to Luton where she was employed as Senior Lecturer at the University of Bedfordshire, another step- up the ladder in her illustrious career.

Dr. Cuffy worked hard championing climate change and race relations whilst lecturing and striving to meet the needs of her degree students. One of her most passionate initiatives was the pursuit of her goal to promote "Dominica as a Centre of Excellence for the Preservation and Expression of Marginalized Creole Cultural Heritage, Arts and its Indigenous Kalinagos".

Promoting the vibrant culture of Dominica

In 2015, Dr. Cuffy launched the Waitikubuli Cultural and Tourism Initiative - WTCI in London, together with Esther Morris, Brenda Osbourne, and Josh, and organized cultural events showcasing the vibrant culture of Dominica. She organized The Miss Wob Dwiyet and Ti Matador pageants, bringing a taste of Dominica's rich culture to people of the diaspora.

Dr. Cuffy, a passionate carnival enthusiast, was also elected to the board of the UK Centre for Carnival Arts and worked closely with Clary Salandy and Hopeton Walker.

October 1, 2021, Dr. Cuffy secured the position as a Senior Research Lecturer at Leeds University and was expected to begin working in her new role in January 2022.

In November 2021 she was "fittingly and timely" recognized for her service in promoting and preserving Dominica's culture, and humbly received the award at the Dominican High Commission.

"Dr. Cuffy was so much more than all her achievements, she was a proud, loving, and concerned sister," Fr. Cuffy CSsR. said, adding that his greatest honor was because of their striking resemblance many believed that they were Father and Daughter rather than brother and sister.

"To many, she was a fun-loving cousin, a dear and intimate friend who loved and lived life to the fullest. She would light up a room – open up her heart - share her life - she was always there ready to help and support in times of need and crisis. Her friendship was an unshakeable rock."