Drive through testing, defending of mandatory uniform, increase manpower in the force, a decline in new cases, and more amendments to the Covid-19 regulations

Dominica Last Week: Top five you may have missed 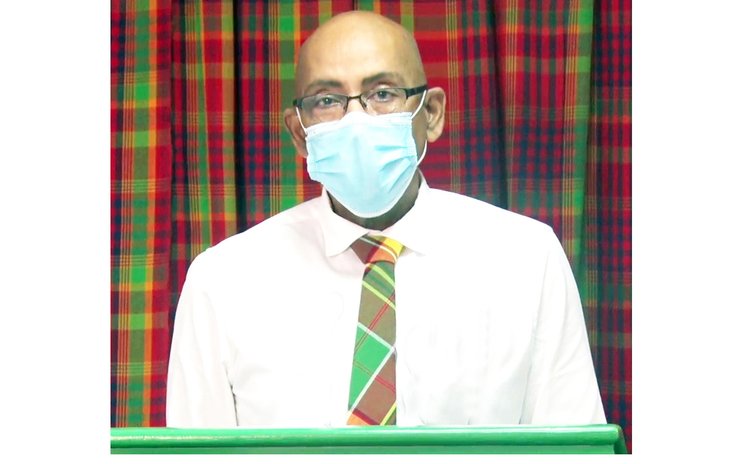 Dominica's first drive-through coronavirus test location was launched last week, as the country seeks to ramp up efforts to get more residents tested. The launch of the time-efficient drive-through testing site, which has already been implemented in several countries globally, was done at the Windsor Park Sports Stadium. According to health minister Dr. Irving McIntyre, vehicles can access the testing site by entering through the main gate on Bath Road opposite the Government Headquarters and turn left on entering the stadium. After testing, users exit the stadium from the Riverside entrance, and results will be received electronically.

Two education officials stepped forward and defending their ministry's decision to mandate the wearing of uniforms by students during virtual sessions at home. Adding her voice to the debate, permanent secretary in the ministry of education Chandler Hyacinth said the uniform mandate is aimed at ensuring that no student will feel disadvantaged because of their attire as well as enforcing to the students that "they are at school and they need to take it seriously." Echoing the sentiments of the PS, Chief Education Officer Jeffry Blaize, added that it reduces the discomfort of many unprivileged children as had been experienced in recent years and embeds a sense of respect and formality to the students. Speaking on past experiences, he said, "some students actually would not show up for school because of the intimidation that that would cause. Similarly, that happens in an online environment because we expect students to have their cameras on in an area that is very safe and comfortable for engagement but then what that does is that, if the students don't have their uniforms on they sometimes use the opportunity to show off… but unfortunately those who don't have that opportunity are intimidated sometimes and you find that they may not show up online." Online classes commenced for fifth formers on September 13, while other formers and primary school students are expected to begin school on October 4, 2021.

Increasing the manpower of the state, 53 police recruits (14 females and 39 males) have now joined the Commonwealth of Dominica Police Force (CDPF). Following their oath of office on September 6 and 7, the recruits commenced their 6-month training, stated Minister for National Security and Home Affairs, Rayburn Blackmore, said in a statement. He said the active recruitment of new police officers that is currently ongoing is in keeping with the government's policy to increase the police establishment from 500 to 600 police officers. According to Blackmore, to effectively execute the mandate to protect and serve, police officers need to be more visible and vigilant in their respective communities. He further noted that over the years the government has intensified its effort to build a robust community policing platform, increase police capacity and provide the police service with as many resources as possible.

For the first time since the start of the second wave of the COVID-19 infections began to rise in late July, health officials are reporting that the daily number of new COVID-19 infections and people being taken into isolation is slowly declining. According to the national epidemiologist Dr. Shalauddin Ahmed, on average, a total of 55 new cases has been reported for the past week as compared to 66 cases in the previous week. While presenting the reporting late last week, he noted that the total number of cases was 33% less than the previous day. As of September 11, 2021, the last update provided reports with the total number of active cases at 417, with 6 COVID-related deaths.

Last week, the cabinet approved further amendments to the Environmental Health Services (COVID-19) Regulations S.R. & O 26 of 2021 to take effect from Wednesday, September 8, 2021. Subject to adherence to strict health and safety protocols, including physical distancing, sanitizing of hands, wearing of masks, and other protocols, restaurants are now allowed to reopen for dining. Gyms, gaming establishments, and bars were also given the green light; however, bars are to open only for purchase and pick-up and there shall be no music, congregating, or consumption of alcohol on the premises. All nightclubs will remain closed. Businesses will be subject to monitoring by the Ministry of Health, Wellness & New Health Investment. All protocols will be circulated for the information of businesses and the public.