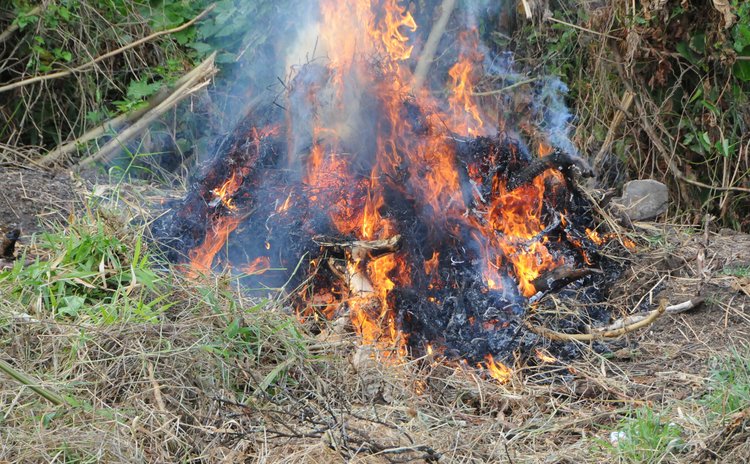 Burning bush; Fire Service says don't do that during the drought

Some residents of a few Caribbean islands may soon consider the rain dance or simply ask for divine intervention and pray for rain. Showers are few and far apart these days.

Dominica's Office of Disaster Management (ODM) has stated that the Eastern Caribbean is experiencing moderate to severely dry conditions. ODM says in Dominica's case "the weather is abnormally to moderately dry" while Antigua and Barbuda is severely dry and Anguilla as extremely dry. Guyana has advanced its drought plan as it to experiences dryer than normal conditions. And things may get worse.

ODM advises residents "to take all precautionary measures against the effects of brush fires, and against possible dehydration that can be caused by the extreme hot and dry conditions."

And ODM says it "endorses the advisory issued by the Dominica and Ambulance Services against the burning of brush and other debris in open spaces during the dry period. Residents are also being asked to be vigilant and to be careful especially in areas prone to brush fires".

Meanwhile, ODM says you should get ready for the 2015 Hurricane Season which begins on June 1st 2015 in spite of the predictions published by Drs. William Gray and Phillip Klotzbach late last month.

These scientists predicted a below average season with seven named storms, three hurricanes and one major hurricane of categories 3, 4 or 5 and a below-average probability for major hurricanes making landfall along the United States coastline and in the Caribbean.

"We anticipate that the 2015 Atlantic basin hurricane season will be one of the least active seasons since the middle of the 20th century. It appears quite likely that an El Niño of at least moderate strength will develop this summer and fall and the tropical and subtropical Atlantic are also quite cool at present," Gray and Klotzbach stated.

But the storms, no matter how much fewer they will be in 2015, have started off very early. On Saturday meteorologists said a storm moving slowly toward the Carolinas had transitioned into a tropical storm early on Saturday.

The U.S. National Hurricane Center said the center of tropical storm Ana, the first named storm of the 2015 Atlantic hurricane season, was expected to be near the North and South Carolina coasts by Sunday morning.