Drug dealers are funding the opposition? Oh, no! 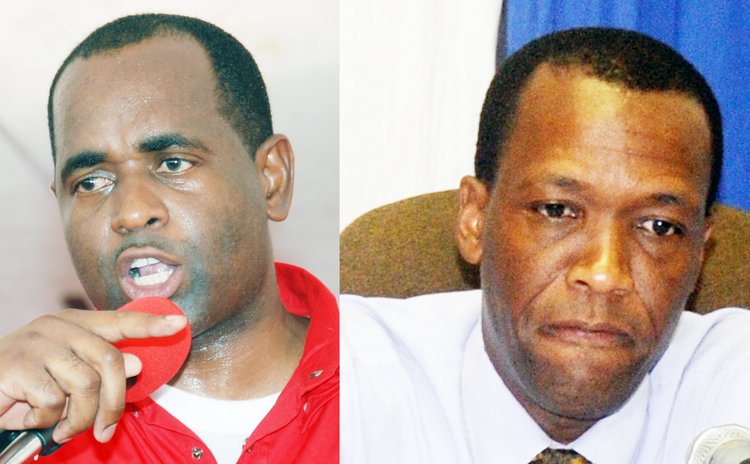 Politics is a wild, bloody sport, almost like gladiators fighting to death in front of thousands of salivating, cheering supporters in the stadium of everyday life.

If you didn't know, that's the sport of tiny island politics, my friend. Do you still want more proof that Dominica is in vicious, virulent, election campaign mode; what else do you need to convince you?

The latest battle between the ruling Dominica Labour Party (DLP) and the opposition United Workers Party (UWP) erupted when PM Skerrit accused Dr. Fontaine, the UWP candidate for the Grand Fond constituency, of preaching politics of hate and involvement with drug dealers who recently asked him for guns to kill Chinese and Haitians and politicians.

Speaking from the United States where he has been participating in a party- organised tour of four US states where the UWP held town-hall discussions with Dominicans, Dr Fontaine said the Prime Minister's accusation was "completely irresponsible".

"I'm challenging the Prime Minister at this very moment to name the drug dealer, give the information to the police and name the people who received the money," Dr Fontaine told Q95 FM by mid-morning. "Unless the Prime Minister can bring the evidence forward, I believe that we as the UWP have to seek redress through the court."

Weighing in, Party leader Lennox Linton who's leading the tour, called the allegations "absolute hogwash" adding that PM Skerrit was creating a distraction "because he has no answer to the plans and programmes" and the vision for growth and development of the UWP.

Linton said the UWP officials who were on the US campaign tour spent their own money for airfare and UWP supporters provided board and lodge. He said the party raised US$4,000 from small donations during the visit.

"Mr. Skerrit," Linton added, swinging his verbal sword above his head, "take yourself out of the misery that you have gotten yourself in, call the election."

Stay tuned – there are more battles coming up as the campaign warms up. Remember, the prize is your mind and your vote.