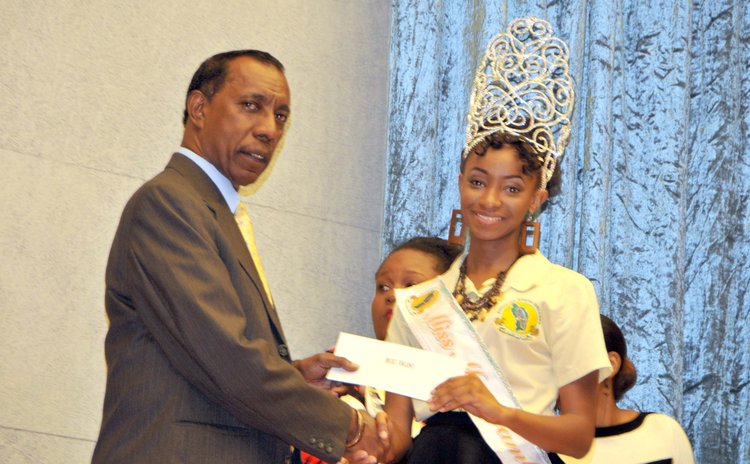 Winners and contestants of the Dominica State College (DSC) Miss Mas Jamboree were awarded prizes at the school's auditorium on March 1.

"This one was one of the best that we ever had and as I recognize that every year it is getting bigger and the public is getting more interested in it," said Director of Student Services, Edgar Hunter.

However, he said one of the weaknesses of the pageant was allocating chaperones.

"S0 what we have decided at the State College is that during the summer we will put on a specific workshop for chaperones of beauty pageants in Dominica," Hunter said.

Hunter revealed that the DSC is also interested in hosting a regional college pageant.

"So far we have already started doing the ground work; it wouldn't happen next year but it could happen the year after," he said.

Meanwhile, President of the Dominica State College Dr Donald Peters said that he is pleased that the college has participated in Carnival.

"Seven years ago we decided that we would participate in it and this is our seventh year in doing that," he said. "We see this Mas Jamboree as a training point for the students not only because we want them to participate in national pageants, we also believe that this is training ground for improving their interpersonal skills, their articulation skills and it helps make them a better student and indeed a better citizen."