Dubique, in Their Little World (Part I)

Jump Ball No. 82. By Arlington James 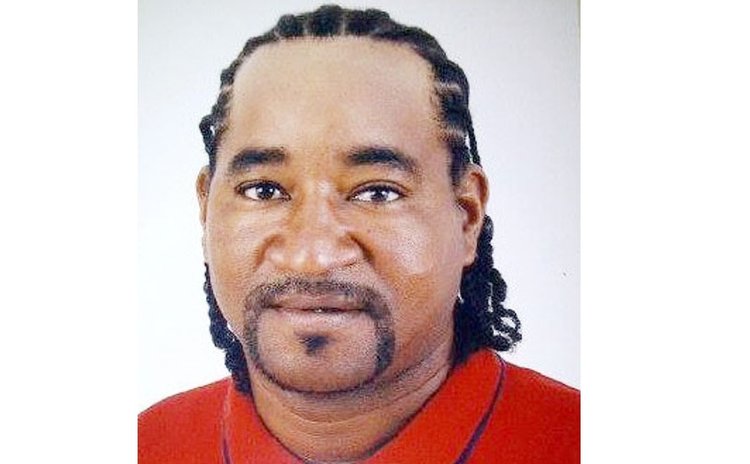 There are many from Dominica's "Cultural capital" which has a sporting history involving track & field, cricket and basketball who claim that the tiny village of Dubique, even before its relocation, is part of Grand Bay. Some of those individuals also claim that Tete Morne, which has its own village council, health centre, school, churches, pre-school, etc, is also part of Grand Bay.

I suspect that I will have an entire sennsé troupe and a band of revelers spurred on by the hypnotic rhythms of Sakis Lapo Kabwit, come charging down Lalé at me when I say that Dubique is Dubique, Tete Morne is Tete Morne, and these villages are not part of Grand Bay, although they are in Grand Bay's "catchment".

Dubique was originally situated between Grand Bay and the Stowe Estate Development, but severe damage caused by Tropical Storm Erika in 2015 forced the evacuation of that community and its subsequent resettlement within the village limits of Grand Bay proper. Dubique boasts its own rounders team and a cultural group (Dubique Bèlè Group) that even won an adult Bèlè competition.

Grand Bay made its mark on Dominica's political, cultural and sporting landscapes and many readers may be aware that their Pros (senior) basketball team of yesteryear had been a force to reckon with at one time. And so, that team's prowess and popularity must have inspired the youth of next-door neighbors, Dubique, to get in on the action. The game of basketball in Dubique was organized by the Dubique Village Improvement Committee which saw the need for engaging the youth in meaningful activities.

Ladies First: Women sometimes take the lead in several aspects of life and it appears that Dubique's ladies lead the way in getting involved in competitive basketball before their male counterparts. Augustus 'Perez' St. Hilaire, a retired Pros player and one of the pioneers of basketball in Dominica, relates that "Dubique had some positive girls practicing all the time on the main village road. One basket was set up and [the ground] was not really flat [level]. Some may have been in Pros…"

It must be noted that in the early 1980s Pros Sisters ruled the court in DABA's Women's Division, capturing three successive League Championships, in 1982, 1983 and 1984! And the Dubique girls must have contributed to Pros Sisters' success.

So, although Dubique never produced a women's basketball team, the young ladies from the village helped form Pros Sisters and possibly laid the foundation for the young men from their village a few years later.

From Comets to Stars: Dubique was first represented in the national basketball league in 1989 by COMETS, an Intermediate Division team.

Comets' performance that year was much below par, placing 11th from 11 teams. They ended the league with a 0-10 Win-Loss record, scored 466 Pts and conceded 659. However, their captain Daniel Thomas, with an aggregate of 188 Points was the Division's 5th highest aggregate-scorer in the League.

Come 1990, Comets' performance was still nothing to shout about. From their five available game accounts, they won one through a "no-show" by their opponents (Magic Touch). However, they lost the other four matches by blow-outs: 53-91 to Oilers of Castle Bruce; 53-109 vs Police; 46-84 against Bulldogs of Soufriere; and 60-96 vs Sharpers of Roseau. And that was the end of Comets!

The second team to emerge from Dubique debuted in 1991 under the name DUBIQUE STARS, and sponsored by Walton Insurance Co.

That year Dubique Stars placed 4th from 7 teams in Zone B of the Intermediate Division, played 6 matches, won 3 and lost 3. Their James Maxim, amassing 143 Pts was the 2nd highest aggregate scorer in the Intermediates League, and was only one point shy of the highest aggregate scorer's total. Two of Stars' three wins in their inaugural year were against Bulls (51-50) and a blowout of Shockers (61-35).

Stars remained active for nine years until the end of 1999, modifying their name in 1992 simply to STARS and being often referred to as "Walton Insurance Stars of Dubique".

During the 1994 season Stars was one of the "teams to beat" in Division II, as they twinkled and captured the Division II League Championship. They also just missed that season's Knockout championship. Their Gregory Bellot, former Pros and national player, was adjudged Division II's MVP that year.