Due diligence in doubt 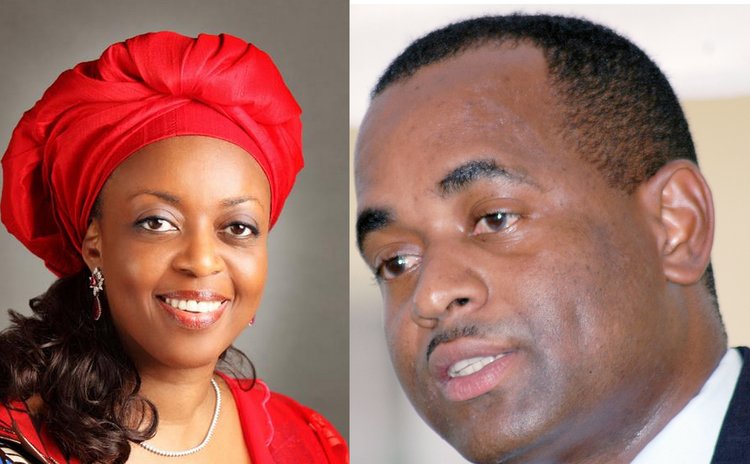 As government attempts to douse the major fire that erupted last weekend over the appointment of the former Nigerian minister Diezani Alison-Madueke, The Sun has discovered fresh evidence that contradicts Prime Minister Roosevelt Skerrit's assertion that Alison-Madueke was "in good standing in Nigeria and United Kingdom" when they first met in May of this year.

The UK's National Crime Agency (NCA) has confirmed that an investigation into Alison-Madueke and four other people began some two years ago.

The International Corruption Unit (ICU) of the NCA is the UK's prime agency for investigating bribery of foreign public officials by individuals or companies from the UK, and money laundering by corrupt foreign officials and their associates.

A spokesman for the NCA referred The Sun to its statement issued on 2 October in which it announced the arrest of five people "across London as part of an investigation into suspected bribery and money laundering offences".

It said all five were released on "conditional police bail" pending further investigation "both in the UK and overseas".

"The investigation commenced in 2013 under the Proceeds of Corruption Unit, and transferred to the NCA earlier this year," the statement said.

While not naming the former petroleum minister, it later emerged that she was possibly the most high-profile among the group.

"We haven't confirmed the names of the individuals, nor would we at this time. We're not in the business of giving running commentaries on [ongoing] investigations so there's nothing further we can say at this time," the NCA spokesman told The Sun.

Meantime, journalist Emmanuel Ogado of PREMIUM TIMES in Abuja, Nigeria confirmed to The Sun that Alison-Madueke had been investigated at home for "several shady deals" linked to the former minister and her cronies.

She was indicted by the House of Representatives over fuel subsidy scandal in which "billions of dollars" went missing while she was petroleum resources minister, as confirmed by both KPMG and PriceWaterhousecoopers.

The most infamous case involved $20billion that went missing in 2014. The missing money was first reported by the Central Bank governor, Lamido Sanusi, who was later fired by the Goodluck Jonathan administration. The story received widespread global coverage and was reignited when the new president, Muhammadu Buhari, announced in April that he would launch an investigation into the scandal.

Alison-Madueke was also investigated by the Nigerian Senate on allegation she paid N30.9 billion (approximately US$155 million) to contractors while she held office as transportation minister, and in 2009 the senate indicted and recommended her prosecution for allegedly transferring N1.2 billion (approximately US$6 million) into a private account of a toll company without due process.

"Shortly after she left office in May 2015, the new government recalled all diplomatic passports held by members of the previous government," Ogala told The Sun.

The storm over the announcement that Alison-Madueke, who had been given a diplomatic passport by Skerrit and appointed trade commissioner, had been planning to relocate here, possibly to escape prosecution in the UK and Nigeria, prompted Skerrit to issue an urgent statement stating that this issue "was never discussed, far less agreed".

"On the recommendation of a number of outstanding individuals of note, and after thorough due diligence studies were undertaken, the Government of Dominica agreed to the appointment of the former Nigerian Government Minister as Trade and Investment Commissioner for Dominica," Skerrit said in the statement.

However, former ambassador to the United Nations Crispin Gregoire told The Sun he doubted any due diligence was conducted.

"This government has consistently over the years given diplomatic passports to people who are willing to pay. They don't check . . . and I hasten to add that I doubt the Cabinet would have known about it until the story broke.

"The question I have for Skerrit is that, who are the individuals of note who advised him to give that lady the appointment?"

Gregoire, who resided in Nigeria for six years and is familiar with the way the governments operated there, questioned the qualification of the former board member of Shell Petroleum Development Company of Nigeria and former minister of transport to represent Dominica and to be issued with a diplomatic passport. And he was strong in his condemnation of the practise of appointing unknown "foreigners" to represent the county.

"There is a lot that hasn't been told . . . I think it's a bad policy to give appointments to foreigners we don't know. There are lots of Dominicans we can appoint, some of them in the Diaspora. Previously I have told the government not to sell diplomatic passports and I'll say it again, we should not grant diplomatic passports to people we don't know. All that happens is our country ends up being embarrassed," Gregoire said.

This is not the first time in Skerrit's tenure that the country has been thrown into the spotlight as a result of the appointment of questionable individuals to high-profile diplomatic positions.

In January 2006, Skerrit appointed Bahamian Rudolph King as a goodwill ambassador for Dominica and authorised him "to initiate and conduct discussions/negotiations in furtherance of the cultural, economic and investment agenda of Dominica" after King's little-known King Humanitarian and Global Vision Foundation promised to deliver several projects, including a library. The organisation had earlier presented Skerrit with its "Salute to Greatness Award" for his "contribution" to education.

However, The Sun later discovered that the Bahamian, who went by several aliases, including Rudy King-Laroda, Kermit Rudolph Casito Laroda, Kermit King and Clever Rosalez, had skinned a travel agency here of EC$40,000.

King had also been sued by the credit card company, American Express for a bill of US$417,912. American Express also contended that he attempted to defraud the credit card company by sending it cheques while there were sufficient funds on his account, but withdrawing the money before the cheques cleared; and the government was further embarrassed when it was reported two months later that King had met the prime minister of Bahrain in his capacity as Skerrit's special envoy.

By November of 2007 King had been arrested and jailed in Los Angeles, California for filing a false claim with the American Internal Revenue Service (IRS) when he presented a claim to the IRS for a tax refund totalling US$2.7 million.