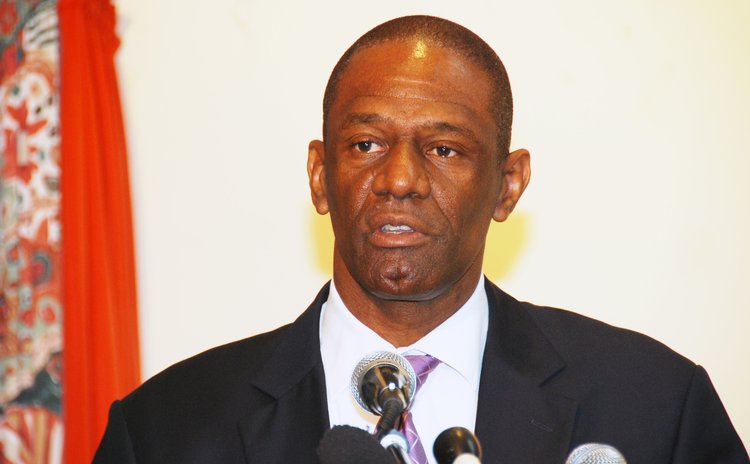 Duppies, lougawoos, spirits, soucouyans, ghosts and lajablese has been part of our living culture for years and will continue to be for some time as long as we continue to maintain some level of humour, fun and a quest to search for the truth. I am intrigued by the interest to open up this topic for discussion even if to some, it is still an area of fear, getting into the unknown and the return of childhood memories (good or bad, fun or frolic), and for me that is growing up in Church Lane, Potterville and in Castle Bruce (my family village) where I lived and worked.

I only believe in these "spirits" so long as they are remaining just that, mysteries of interests, intrigue, curiosity and a little laughter in the dark night when DOMLEC deprives us of electricity. You see these stories and mysteries have clinged us together under circumstances when we start off the Tim Tim – "Bwa cheche" "belle tory" and we are packed like sardines and scared to death on our parents porch or clinged together on a bed in a closed room, when the rain is ponging heavily on the roof, the thunder is bursting noisily at distant intervals over head and the lightening brightening up the night like the flash of a camera taking us un noticed with no time to smile and say "cheese" everyone.

I therefore do not believe in these sprits only for what they are worth as I mentioned above and admittedly have brought a mixture of mixed feelings to me of fear, eagerness to discover of the unknown and as I grew up into maturity my curiosity was confirmed that this was just part of growing up. So that passage of life was extremely enjoyable, rewarding and uplifting.

I can identify with the story Celia raised in her comment where it was reported that a soucouyan was captured in the late 60`s and brought to the Princess Margaret Hospital. I recall taking my fastness and running to the hospital morgue to see for myself (I always wanted to see for myself, and not take anyone's word or interpretation). Upon arrival at the morgue there was this female, naked head to toe, no hair on her head and no pubic hair lying there dead with patches of burnt skin over her body. Someone said that she was a soucupyon flying by night and crashed landed after sucking too much blood ( in other words, in modern day flying language, that soucouyan was overweight). I said that it was either a dead body found somewhere or she was a victim of a fire and got burnt over her body. End of story for me.

These sprits then are powerful and convincing depending who tells the story. According to Paul Keens Douglas, "……people always tell you, when relating these stories, that they hear, or someone tell them, but they never reveal their source nor have they seen or experience it themselves, so it is either you learn to pray or your learn to run"

Here is one true, true story, I personally experienced that I wished to share with you and you can either pray first or run after you read it. Picture this: the place Castle Bruce Primary School, the time, about 7:30 pm, the weather, heavy pouring rain and hallowing wind, the right scene for a good TIM TIM, story telling and beff, one would say. Now, for those of you reading who do not know Castle Bruce and where the school is located, well, the school is located as you enter the village beyond the police station.

The night as I said earlier was dark, raining heavily with some thunder and lightening and while I stood there a friend in excitement and awe brought to my attention that there is a soucouyan flying in the distance over the cemetery. In my usual doubting Tom manner I said no, it is impossible, I just do not believe in flying soucouyan and that if LIAT do not fly in that weather why would a soucouyan risk doing that? My denial and challenge brought no relief and stirred up the enthusiasm more, as others jumped into the melee and curiosity of discovering a flying soucouyan.

I then challenged my friends that we should walk down to the position of the cemetery giving us the opportunity to be the first ones to make headline news of capturing a soucouyan and revealing to Dominica for sure that these old odd women do fly at nights sucking people's blood and are referred to as soucouyan. All denied the challenged for fear that they would be sucked of their blood. I choose not to go on my own as it would be my word ONLY and therefore will lose all credibility and opportunity to confirm the existence that soucouyans are real.

I however pursued that it is false and finally to my dismay and satisfaction discovered what the flying lights was. It certainly was not a soucouyan.

Therefore what was really happening as the wind blew heavily, the electrical wire rubbed on the galvanize creating some friction and apparently that part of the wire was scratched and exposed and when that part of the wire touched the galvanize (zinc) it created sparks (fire like reflections) intermittently and that is what caused the flying lights seem to be that of a soucouyan flying.

Now the scene as I said was well set for this; the cemetery (dead people) no one goes or trespasses in cemetery at night, it is only soucouyan who does, this is our belief. The howling wind gave the scene more or greater impact to this belief, the wire flapping on the roof of the generator house so fast gave even greater impact. Standing on the school platform and looking towards the sea in the same direction of the cemetery, MY God what would you think of, Only a Soucouyan?

I took my friends closer to the generator house and only then they were convinced that it was not a soucouyan. Come on no need to pray and run, let us go the backyard and play some hopscotch and laugh it off.