Newsmaker of the Week 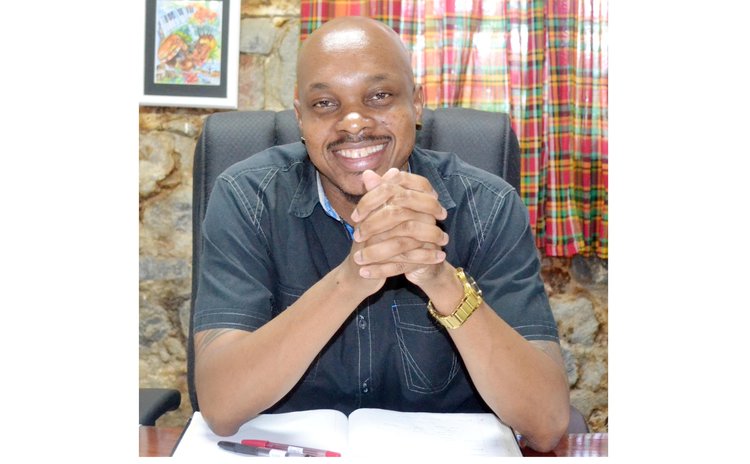 New boss at the Division at Culture Earlson Matthew

Seven years ago, when Earlson Matthew took on the position as a cultural officer with the Cultural Division, he never envisioned that less than a decade later he would be promoted to the helm, but in the moments when reality fails to kick, he reminds himself of the powerful words said to him by his former chief Jacinta David, that he was being groomed to one day take her place.

Last week, the cultural enthusiast was announced as the new Acting Chief Cultural Officer (CCO), replacing Raymond Lawrence who has worked in that division for nearly 40 years.

Though the new CCO joined the division in 2014 as a cultural officer, then was promoted to the senior cultural officer in 2019, he says that his passion and love for the arts and culture -music in particular- commenced at a tender age due to his exposure, by his parents, to various musical genres.

"Music is a thing which has been with me growing up; we had the RSB band which practice very close to my home in Canefield so I was always there, and I can attribute many of my inspirations to the bigger brothers of RSB," he told The Sun.

His professional music career commenced at the age of 17 with the band Raw Rhythm, then in 2004, he moved on to join the prominent WCK band where he stayed for about 14 years.

When questioned on his short-term goals in his new positions, his response was simple: "To keep the ship steady."

"We're not in a bad position, the Division was left very good by those who came before me, therefore my goal is to keep everything as smooth as it is presently," Matthew said.

With the hopes of not being conceived as overly ambitious while at the same time implementing new ideas, he said that together with his team, several creative ideas will be introduced in the not-so-distant future, while keeping in mind that some will fail and others will be successful.

"In the long term, my staff and myself will leave our impression on culture. I think we will have some creative ideas, we will do some new things, maybe some unconventional things in some cases, but we will be doing some stuff and we will make an impression," Matthew said.

Among the changes he plans on making, as a young person himself is the integration of youth in culture and changing the narrative that it's for the grown folks.

"That is something I definitely want to work on and I see myself as connected to a few generations, both ahead of me, my generation and the one after me because from my teaching career, I taught a lot of people who are now adults," he said with pride.

Matthew has also revealed that new tactics such as social media, jargon, and events which are relatable to the youth are all within his plans to ensure that our rich culture is preserved.

This week's newsmaker also notes that he will be working closely with the Ministry of Education to develop and improve on the structure of the Visual and Performing Arts (VPA) programmes in the schools.

Special attention will also be placed on the pilot project in the primary and secondary schools to teach the Creole language.

According to the new CCO, Dominica's culture on a whole is not only the work of the cultural division but the entire nation. Therefore, he called on the general public to provide assistance and show support.