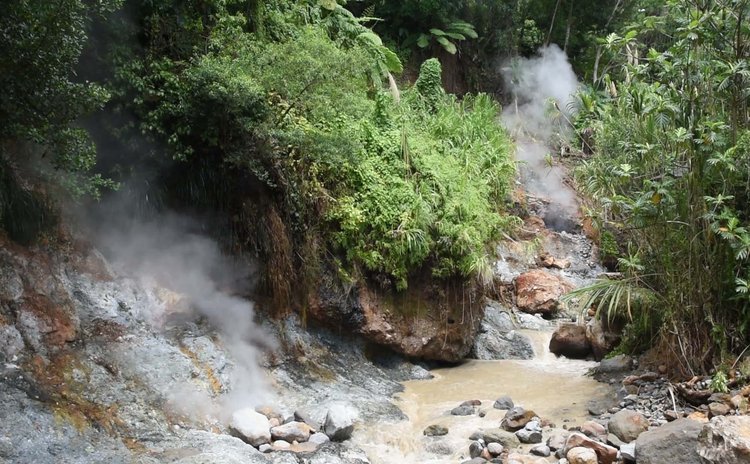 Evidence of volcanic activity is commonly seen in Dominica

No need to panic. But be careful.

That's how an official of the Office of Disaster Management (ODM) responded to public concern about a number of earthquakes in the Soufriere area on Tuesday night.

"Our initial observation is that it may involve be volcanic, as since tectonic would mean the whole country would have felt it, although there is a report suggesting that some people in Savanne Paille felt something," Joseph told the state-owned DBS Radio this evening.

The University of the West Indies Seismic Research Centre located at its St Augustine campus in Trinidad said on its website: "On Tuesday 27th and Wednesday 28th October, 2015 several earthquakes occurred near the southeast coast of Dominica.

Joseph said Dominicans have "to be a little bit more vigilant. It is enough cause for people to begin to ensure that anything than can fall and could hurt anybody is secured because tremors can displace things that are not well bolted.

"But it is not at a point where people should have any cause for panic, so we are encouraging people to remain calm".

Though the other islands of the Eastern Caribbean have at least one major potentially active volcanic centre, Dominica has nine, says the SRC of the UWI.

Dominica has one of the highest concentrations of potentially active volcanoes in the world, the SRC says.

The island's most recent volcanic eruption took place 500 years ago from Morne Patates.

"Future eruptions are highly likely, possibly within the next 100 years," the SRC has stated in a Volcanic Hazard Atlas for Dominica.