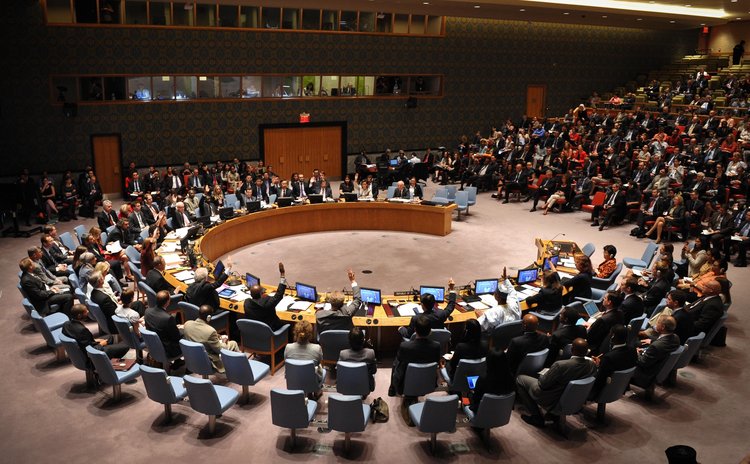 NEW YORK, Sept. 18, 2014 (Xinhua) -- The UN Security Council votes on a draft resolution during the council's emergency meeting on Ebola outbreak, at the UN headquarters in New York, on Sept. 18, 2014

UNITED NATIONS, Sept. 18 (Xinhua/Sun) -- The UN Security Council on Thursday adopted a resolution on Ebola, determining that the epidemic outbreak "constitutes a threat to international peace and security."

In the resolution unanimously adopted here at an emergency meeting rarely seen on a public health crisis, the Council recognized that the current outbreak in Africa could lead to increased civil unrest and a deterioration of the political and security situations in the most affected countries.

The resolution called upon member states and regional organizations to take action on the unprecedented outbreak and provide urgent assistance, such as deployable medical capacities, including field hospitals, medical expertise, as well as airlift and aeromedical capacities.

It underscored that "the control of outbreaks of major infectious diseases requires urgent action and greater national, regional and international collaboration and, in this regard, stressing the crucial and immediate need for a coordinated international response to the Ebola outbreak."

Regional organizations such as the African Union (AU), the Economic Community of West African States (ECOWAS) and the European Union (EU) are urged to "mobilize immediately," while member states, including those in the region, are called on to " lift travel restrictions to enable the free movement of people and trade to the affected countries."

Thursday's resolution is the third ever on a health crisis by the Security Council, with previous ones adopted on HIV/AIDS in 2000 and 2011.

The Ebola outbreak was first confirmed in Guinea on March 22 and soon spread to neighboring Liberia and Sierra Leone. The latest Ebola figures, according to the World Health Organization ( WHO), are 5,335 reported cases and 2,622 deaths, primarily in Guinea, Liberia and Sierra Leone. The epidemic has been spreading exponentially, with half of the cases recorded over the past three weeks. Liberia has been the worst hit, with over 1,200 deaths.