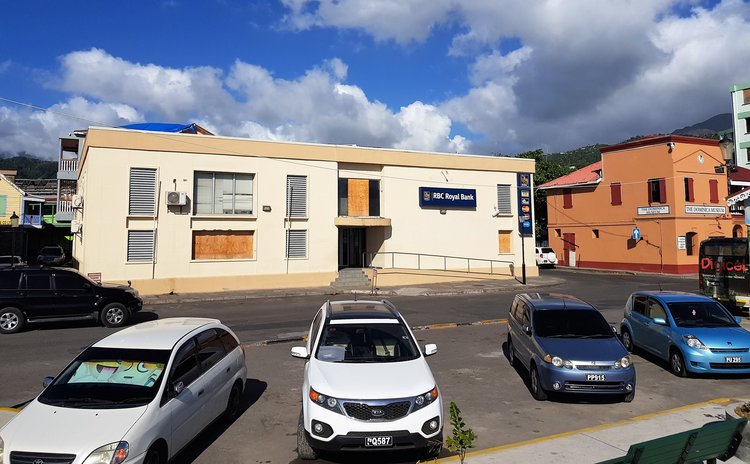 After more than a century, the Royal Bank of Canada (RBC) has officially closed its doors in Dominica.

The RBC assets has been sold to a consortium of indigenous banks within the Eastern Caribbean Currency Union (ECCU) jurisdiction, namely 1st National Bank (St. Lucia), Antigua Commercial Bank, National Bank of Dominica, Bank of Montserrat, and Bank of Nevis.

The sale includes operations in Antigua and Barbuda, Dominica, Grenada, Montserrat, Saint Lucia, St Kitts and Nevis, and St Vincent and the Grenadines.

Speaking at a press briefing following the conclusion of the ninety-eight Meeting of the ECCU Monetary Council on Friday 12 February 2021, Governor Antoine said that whereas an official announcement would be forthcoming, he could confirm that the process was progressing smoothly.

RBC Royal Bank of Canada opened for business in Roseau, Dominica on March 15, 1915, with four employees in a hotel building at the corner of Old Street and New Street, now Kennedy Avenue. The bank moved to its present location on the Dame Eugenia Charles Boulevard in the early 1960s when the original building was destroyed by fire. Since introducing computers in 1988, most phases of the bank's operations are fully automated, and today the bank offers all of its customers a full range of personal banking and business services.

When the deal was announced in December 2019, Anthony John, the then Chairman of the Board of Directors of NBD said: "We are proud and pleased that we as a group of small islands came together to pursue this momentous deal for the benefit of all of our stakeholders. We see this as a significant milestone in the life of our bank as we continue to grow in a way that will allow us to better serve our customers."

John gave the assurance that there would be "no immediate changes to the operation of the business/branches that we are acquiring. In addition, where possible, we will adopt best practices of RBC to ensure we maintain the very high-quality service levels that RBC customers have come to expect".

Royal Bank is one of several Canadian banks have announced planned sales or partial sales of business units operating in the Caribbean region.

Bank of Nova Scotia announced in November, 2019 that it had reached an agreement to sell 100% of its unit in the British Virgin Islands for an undisclosed amount to Republic Financial Holdings Ltd., which operates as Republic Bank. Prior to that, Republic also completed the purchase of Scotiabank's operations in Anguilla, Dominica, Grenada, St. Kitts & Nevis, St. Lucia, St. Maarten and St. Vincent and the Grenadines on Oct. 31.

Scotiabank previously announced in June that it had a deal to sell its operations in Puerto Rico and the U.S. Virgin Islands to Oriental Bank, a subsidiary of OFG Bancorp, which said it would pay $550 million cash and a $10 million deposit premium.

Canadian Imperial Bank of Commerce (CIBC) announced on Nov. 8 that it had a deal to sell a large portion of its investment in CIBC FirstCaribbean to GNB Financial Group Ltd. for US$797 million, while retaining a 24.9% interest in the company — which operates in 16 countries in the region.

However, at the press conference the Governor said the Canadian Imperial Bank of Commerce (CIBC) bid to sell a majority stake in First Caribbean International Bank Limited (FCIB) failed to meet the approval of Caribbean regulators.

"In terms of the sale of CIBC, I would simply confirm that regulators across the region considered it. Central Bank of Barbados is the lead regulator, based on the jurisdiction of CIBC FCIB. But all regulators, including the ECCB, were involved in that discussion, and came to that decision which has been conveyed and you are correct the application was denied."