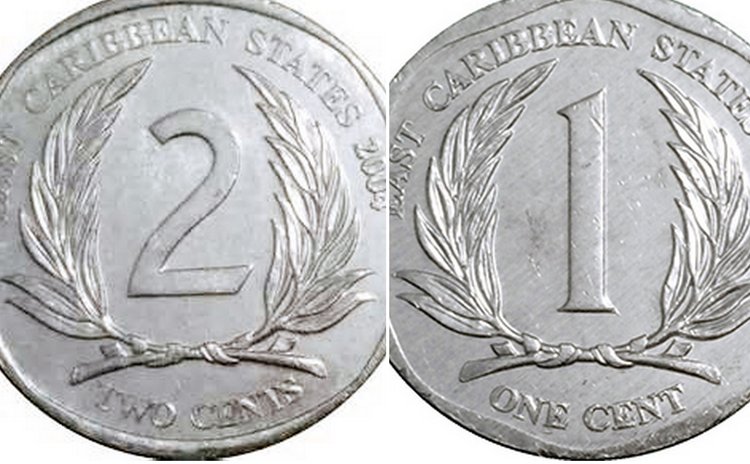 ECCB two and one cents coins

Penny for your thoughts, please?

Well, come July 1st 2015 the coins paid for thoughts, and anything else, will change.

In other words, from 1st July don't ask the fisherman for your one cent or two cents change when you buy a pound of ballyhoo on a five dollar bill.

The Eastern Caribbean Central Bank (ECCB) has decided to take the two cents (some call it a penny) and the one cent coins out of circulation.

The ECCB said the bank's Monetary Council, i.e. the Ministers of Finance of the OECS, took the decision because the cost of producing these coins was too high compared to their value and again large amounts of two and one cents coins were needed to satisfy the demands of banks in the sub-region.

So, you have about two months to get rid of your two and one cent coins because no one will accept them, not even for your thoughts, after 1st July 2015.

How will you buy anything worth two one or two cents then?

Don't' worry, nothing these days is worth two cents. However, the ECCB is advising a price rounding system, to the nearest five cents, in all ECCB territories, to compensate for these near value-less coins.

But the ECCB says you can still write a cheque for $ 4.99 and also make debit and credit card transactions containing two and one cents in the total.

In other words your boss can still pay you $500. 99 cents if he's paying by cheque and not cash; it's only those silver round or square "play –things" that will stop digging holes in your pockets.

Come 1st July it will cost five cents for your thoughts, minimum. No more pennies.