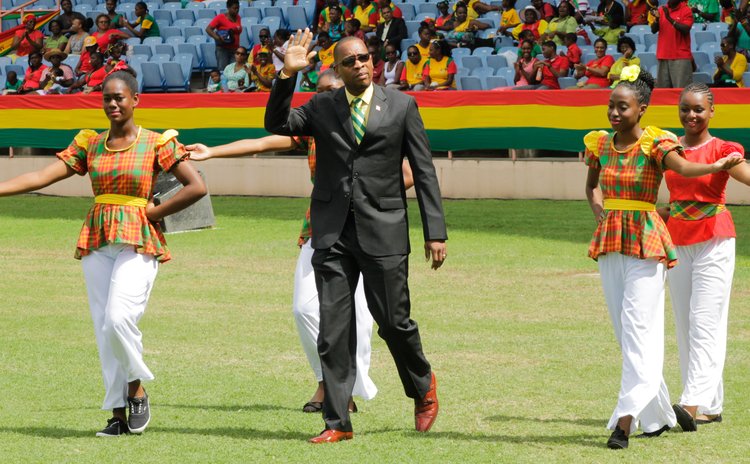 The Government of Grenada has conferred The Order of Grenada Gold Award for Excellence on the Governor of the Eastern Caribbean Central Bank, Timothy N. J. Antoine, in recognition of his public service.

The award was presented at Grenada's 42nd Anniversary of Independence celebration on 7 February. Governor Antoine, who returned to Grenada to receive the award said, "I was humbled by and grateful for this national recognition and hope it would inspire the youth especially young men and public servants."

The Governor also thanked all those who helped him during his 22-year journey in public service, especially his parents: Algernon Antoine and Ursula Antoine MBE, and his colleagues in the Grenada Public Service, particularly in the Ministry of Finance.

Note that the Governor's mother was also recognised for her outstanding contribution to public service in Grenada when she received the Medal of Honour in 2008 for her services to Education.