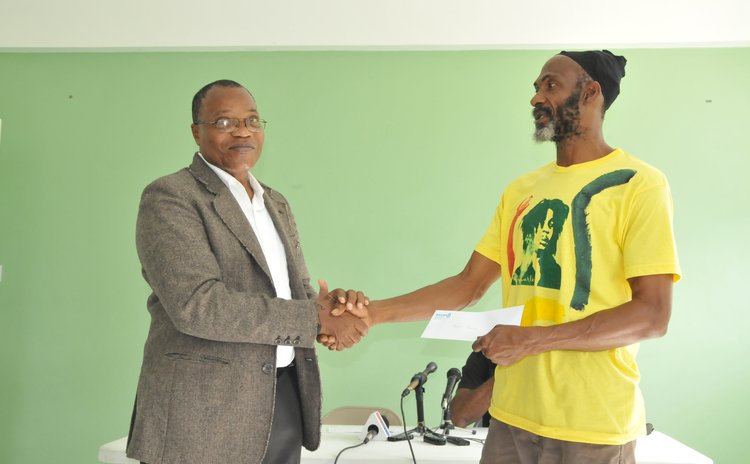 Each received $1000 during a brief ceremony at the Dominica Calypso House on December 23.

ECCO chairman McCarthy Marie said the donation was made possible following a discussion that the board of directors of ECCO held in November.

"We took the decision that some of our members who were affected we can make a contribution to them. We are not giving everybody the exact amount of loss that they made because we don't have that amount of money to do so," said Marie.

Marie said he canvassed the members who suffered loss and the extent of their loss and a decision was made to give a certain amount depending on their situation.

"Meaning to say those persons who had a well-paying job, who had other resources that they could easily tap into, even if they might have the biggest loss, we didn't give them the most money, it was more or less in association with your capacity to have other monies and the amount of loss you made", he said.

Stoute and Mark were unable to attend the ceremony.