IMF Assessment of the Economy of Dominica: Part 1 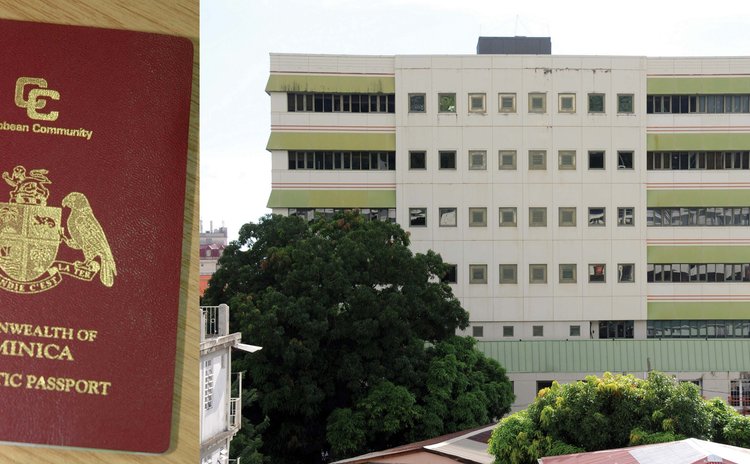 In pursuit of our mission to inform and deepen the understanding of our readers on the economic issues that confront Dominica, we present the findings and conclusions of the recent appraisal of Dominica's economy by the International Monetary Fund (IMF, also referred to as the Fund) in a two-part series. The articles will provide a summary of the main points of IMF Country Report No. 17/392: Dominica Selected Issues, which was published in December 2017. The policy issues that were appraised by the staff of the Fund were the Citizenship By Investment (CBI) Programme, productivity and growth, and the implications of a reduction in government spending and increases in taxes. The assessment was based on information available at the time the report was completed on 27 April 2017, and so it does not take into account the passage of Hurricane Maria in September 2017 but it remains highly relevant.

Our summaries will be supplemented by the IMF Staff Report for the 2018 Article IV Consultation (Country Report No. 18/265). The report took into account the impact of Hurricane Maria but not of the departure of Ross University School of Medicine from the island since it was published on 30 May 2018 before the official announcement of the re-location of the school to Barbados on 3 August 2018. This development was contrary to the expectations of the Fund. On page 10 of the report, Fund staff cited the return of the two medical schools (Ross and All Saints) to Dominica and continuation of their pre-hurricane expansion as providing a positive boost to a negative economic outlook.

The articles will keep the technical jargon to a minimum so that a wider audience can benefit from the information.

Part 1 is on the CBI programme.

CBI inflows have grown significantly in the last few years. In fiscal year (FY) 2015/2016, gross CBI inflows amounted to close to 20 per cent of Gross Domestic Product (GDP), the total value added in the production of goods and services. (Of that amount, 2.4 per cent was spent on promotion, marketing and due diligence). These monies were deposited in the escrow accounts of the government in the banking system. (The Fiscal Year refers to the budget year of the government which runs from July to June).

In FY 2015/2016 year, the portion of the gross CBI receipts that was transferred to the government budget from the escrow accounts was close to 5 per cent of GDP or 16 per cent of total revenues. Two per cent was spent through State-owned enterprises.

The factors contributing to this growth include the following: the number of countries that a holder of a Dominican passport can travel to without a visa has increased with the decision of the Schengen area countries (mainly European Union Member States) in May 2015 to allow visa-free travel for up to 90 days; increased promotion, marketing and outreach efforts; relatively cheap price for a Dominican passport (U.S.$100,000 for a single individual applicant); and higher global uncertainty that fueled demand for a second passport.

The IMF, in its 2018 Article IV Consultation Report, stated that buoyant CBI revenues are critical for the recovery efforts post Maria. The importance of the programme to government budget is put into sharp perspective with the following statistics: The government recorded a budget surplus estimated at 3.8 per cent of GDP for FY 2016/2017. Without the CBI receipts, the budget would have recorded a sizeable deficit of 17.7 per cent of GDP. After Hurricane Maria, tax revenue declined by a significant 23 per cent while expenditure increased by 18 per cent. The government was able to finance higher levels of expenditure by drawing down on its deposits at the banks. The deposits were equivalent to 24 per cent of GDP as at the end of December 2017, largely because of the CBI inflows.

There are risks to the programme:

•Advanced countries' migration policies: visa restrictions impose on Dominican citizens by these countries would reduce the appeal of the Dominican passport and lower the demand for the CBI programme;

•Competition from other countries with similar programmes: Up to 2013, only St Kitts and Dominica in the OECS grouping had CBI programmes. Now, Antigua and Barbuda and Saint Lucia—the biggest economies in the OECS— and Grenada have introduced their own CBI programmes. All these countries have higher visa-free access than Dominica, and Saint Lucia has recently reduced the cost to single individual applicants to U.S. $100,000, which is on par with Dominica; and also

•Poor due diligence in any of the participating OECS economies could affect the reputation of these programmes in general.

Modelling the Impact of a Sudden Drop in CBI revenues

The risk factors cited above could lead to a sudden stop of CBI inflows. The IMF computed the potential impacts of a sudden stop, in which the CBI revenues going to fund the government budget declines from 10 per cent of GDP to 2.7 per cent of GDP, which was the observed level before the recent increases. In one scenario, the Fund assumes that government revenues from the CBI programme will be at about 10 per cent of GDP for the next five fiscal years 2016/2017 to 2020/2021 and then suddenly drops in FY 2021/2022. If the funds collected in the relatively good five- year period (where revenues are 10 per cent of GDP) are used for current consumption (salaries and wages, transfers to the public and government purchases of goods and services) and making other assumptions about certain economic variables, the IMF forecasts a fall in public investment and lower growth of the overall economy. If the sudden fall happens two years sooner, that is in FY 2018/2019, the fall in public investments and GDP will be greater and the level of public debt will be higher

On the other hand, if the additional funds obtained in the good years are used to pay off the public debt and to finance higher level of investments, macroeconomic performance will be significantly better in the long run. The debt stock and the servicing of that stock will decline. GDP will rise permanently as a result of higher capital investments although it tapers off over time. The situation with trade with the rest of the world will deteriorate because of increased imports associated with higher capital investments but this will only be for a short time.

Mitigating the Impact of a Sudden Decline in CBI Revenues

The IMF emphasizes that ''the unpredictability of CBI inflows makes the choice of the right combination of policies for the use of CBI receipts of crucial importance.'' In that context, the Fund recommends that to mitigate the risk impacts of a sudden drop in CBI revenues the government uses the CBI windfall revenue to do the following:

•build infrastructure (roads, for example) which, in turn, can help boost production of goods;

•pay off debt. This would have the effect of reducing interest costs and increasing the space the government has to manoeuver in attending to the financing of the needs of the people; and

•save some of the CBI monies in the good times to cushion the impact of difficult times. It also recommends that the government strengthen the integrity of the programme by enhancing the due diligence process and transparency.

These actions are especially important given that the government is expected to experience serious financial challenges by FY 2022/2023 as the deposits deplete, grants dwindle to normal levels and public debt is expected to rise to almost 90 per cent of GDP in the medium term (from 72 per cent in 2016).