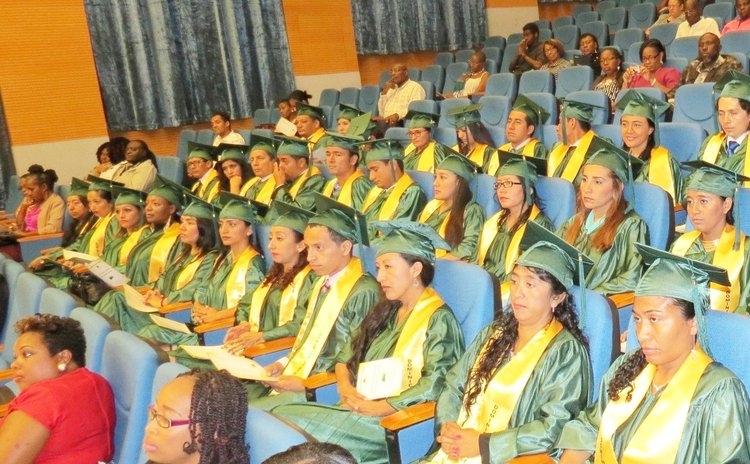 The seven-month programme was organized by the Dominica State College (DSC) and the Ecuadorian Ministry of Higher Education. It was held at the DSC from November 2015 – June 2016.

The graduation ceremony was held at the DSC's auditorium on June 7, 2016.

Dean of the Faculty of Education and Academic Coordinator Beverly LeBlanc said : "The TEC Programme as it is now recognized because of its Caribbean context is founded by the Ecuadorian Ministry of Higher Education, Science, Technology and Innovation, Ecuador's governing body for higher education."

She stated that TEC is an initiative conceptualized by the Ecuadorian President who felt that many English teachers in Ecuador were operating below the requirement proficiency in the language.

Therefore, the President decided to have all the teachers in the field of English become better qualified.

She added that the programme is designed to prepare 3000 educators to become highly qualified teachers to teach students learning English as a second language.

"The rationale behind the programme is in line with our own mission statement at DSC, that investment in human resources can prepare teachers to have a more positive influence on the education system, and hence enable its citizens to become even more competitive at the local and international level," said LeBlanc.

Meanwhile, President of the Dominica State College Dr Donald Peters said that the Ecuadorian students have created history by becoming the first group of international students to graduate the DSC with skills and competences to teach English as a second language.

"Your experience of doing your certification in Dominica will add to your ability to share your new cultural education about the people and country of Dominica with your students and community," said Peters.