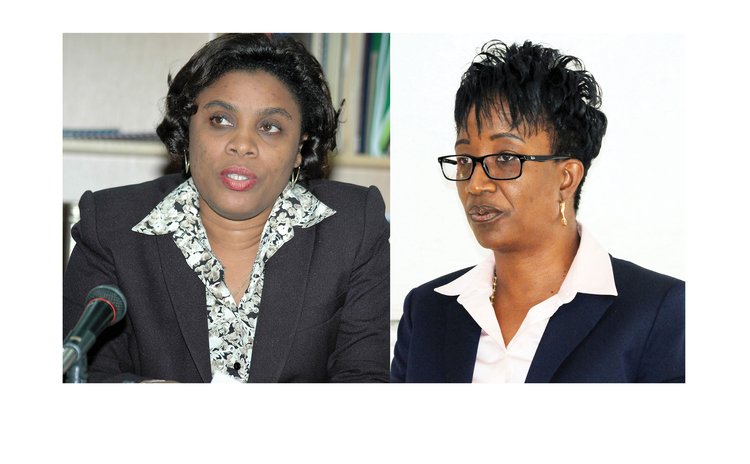 Denise Edwards has been appointed Acting Financial Secretary in the Office of the Minister of Finance.

She replaces Rosemond Edwards who is on pre-retirement leave.

"Mrs. Edwards has made an extra-ordinarily outstanding contribution to the public service", said Prime Minister and Finance Minister Roosevelt Skerrit on Kairi FM last week. "Very frugal, very thorough, very diligent and very responsible. I think she was an asset to Dominica especially during the very difficult periods".

Skerrit also announced that Rosemond Edwards will take up a new post in Washington, USA.

"I have allowed for her to serve in the executive director's office of the World Bank and IMF as our regional representative," he said.

Skerrit said that he has the "greatest confidence in her ability and capacity".

Reporting the Minister of Finance, the Financial Secretary is responsible for supervising and advising all institutions of Government, including private corporations with significant public investment, to ensure prudent economic and financial management of Government of Dominica resources and to support the Minister in performing his responsibilities.

Ms. Edwards will be responsible for assisting the Minister in ensuring that systems are established throughout Government for planning, allocating and budgeting for the use of resources in order to improve the efficiency and effectiveness of Government, ensuring that the financial management systems are operated in a responsive, courteous and professional manner and ensuring the preparation and submission of an economic and fiscal management plan and annual budget to the Minister as required by law.

In addition to other duties, she is expected to represent the Government at technical meetings held locally, regionally and internationally including the ECCB and the Caribbean Development Bank.