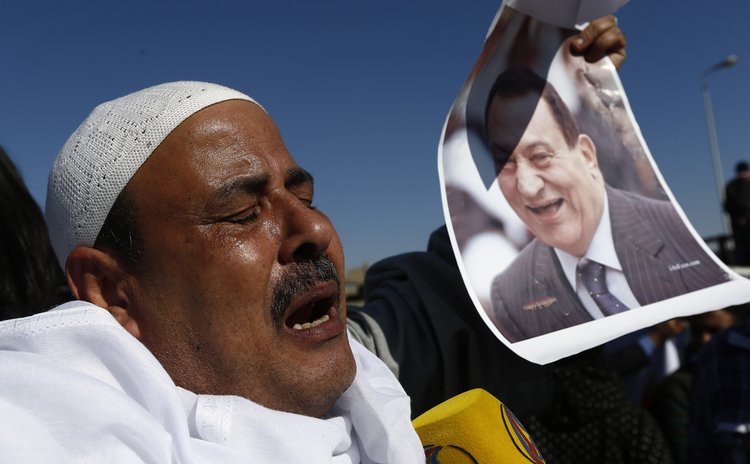 The judge announced that the court declares Mubarak not guilty of murdering hundreds of protesters during a popular protest that removed the former president from power in 2011.

Mubarak and his former oil minister were also acquitted of corruption charges related to gas exports to Israel.

The 86-year-old former president, now serving a three-year imprisonment term over another corruption charge, was the first Egyptian president to be brought to justice.

The court also acquitted Mubarak's former Interior Minister Habeb al-Adly and six of his security aides of charges of giving orders to kill protesters during the 18 day protest in 2011.

In 2012, Mubarak was sentenced to life in prison for conspiring in the murder of hundreds of demonstrators, but an appeal court ordered a retrial.

Saturday's verdict ended a trial that has lasted for almost four years.