EH Charles & Co. Ltd-starting the second half of a century 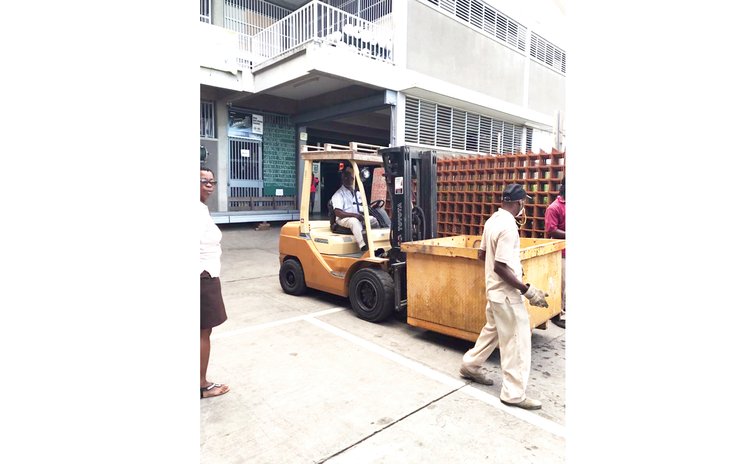 Egbert Charles had made up his mind.

He was going to take the plunge and leave Government employment and go into business on his own in the field of construction.

This was a bold move in 1967 because Dominica had just become a West Indies Associated State.

For the first time as a British colony, Dominicans were governing themselves under the leadership of E.O. Leblanc.

The economy was sluggish and money was scarce. Not much construction was taking place and the flow of business was slow.

But Charles decided to press on and pursue his plan. He was supremely confident in his knowledge and experience. Armed with knowledge from his studies of construction in Puerto Rico, plus 'hands on' experience from the Public Works Ministry, Charles set about converting the basement of his home at Fortune into his place of business.

The business has chalked up a half century since it first opened its doors and today it is holding its own as one of the oldest surviving enterprises in Dominica.

But Charles said he knew he had to keep up with modern trends and growing consumer demands. As such, there have been many changes from the initial days of its operations in his basement.

He said that since those days, the business has been incorporated and became a limited liability company with the name E H. Charles & Co. Ltd.

Also, in 1991 Charles moved the business from his home to a more spacious location at Goodwill.

And from an initial inventory of hundreds of items, E H Charles & Company carries a stock range of supplies amounting to thousands.

Charles has also set up five warehouses. These are located at Goodwill, Fond Cole, River Estate, Fortune and Picard.

From the inception, E H Charles & Co. Ltd was involved in the construction of residential homes, commercial buildings and government projects, of which their largest venture was the Castle Bruce Secondary School.

As the years went by, Charles began moving more and more towards merchandising.

In 1978, he added a factory from which he manufactured custom-made wood products. Items manufactured there included doors, windows, kitchen and bath units and moulding strips.

And in 1981, he established a builders' hardware and supplies outlet.

Further, the business opened a garden centre from which it sells supplies such as pest-control chemicals, fertilizers, rooting hormones and garden tools.

In 2000, EH Charles & Co. Ltd. became a member of True Value Cooperative, which he said was a significant and beneficial move to the company.

On numerous occasions, EH Charles & Co. Ltd. has been recognised locally and in other parts of the world for its contributions and its high quality standards.