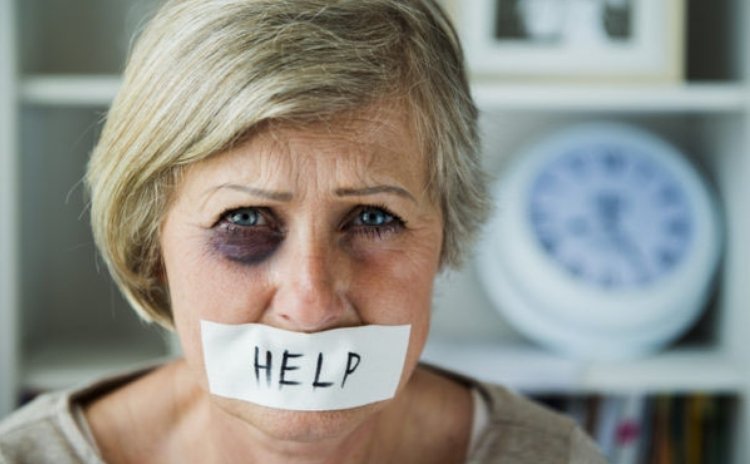 In other words, the abuse of older persons is relentless and abhorrent. And no one seems to care enough to raise a finger to stop it. But these criminals who abuse old people must be stopped.

In Dominica there should be no greater crime than elder abuse; yet this repulsive behaviour is treated like some mild disease that can be cured with a simple shake of the head.

Yesterday, Monday 15 June the Dominica Council on Ageing (DCOA) tried, through a number of radio programmes, to raise awareness of the problem of abuse of seniors in observance of World Elder Abuse Day.

WEAAD was recognised as a United Nations Day by the General Assembly in its resolution A/RES/66/127 adopted in 2011.

As DCOA held these radio discussions, a few Dominicans learned that elder abuse is a widespread and multi-faceted problem that is eating away at the moral fabric of our society. Elder abuse includes sexual, physical, financial and emotional abuse; it also includes abandonment and neglect.

What is particularly significant about the problem of abuse of the elderly is the fact that cases are woefully underreported and the main perpetrators are members of the victim's family. So, the hundreds of cases that we hear or read about is just the tip of the head of this multi-headed monster. Information on elder abuse in Dominica is just not available because the victims usually suffer in silence; usually they are protective of the relatives who abuse them; and, most importantly, our society usually do not keep records of that type of crime. Maybe the DCOA can use this year's WEAAD to take the first step towards cutting off the head of this ugly beast by conducting surveys to find out how serious the problem is in Dominica. The DCOA will agree that if you do not know the extent of the ailment you cannot prescribe the appropriate medicine.

Elder abuse is a worldwide problem but in Dominica the situation takes on added dimensions because of the state of the economy. Experts say that elder abuse is worse in poor underdeveloped countries. The reason for this is obvious. If this is true then elder abuse must be indeed very severe because the economy of Dominica is at rock bottom due to a combination of natural disasters, such as Tropical Storm Erika in 2015 and Hurricane Maria in 2017, the COVID-19 pandemic, pervasive corruption and decades of poor planning and inept implementation of programmes and projects.

Social scientists contend that when an economy underperforms the effect is felt most severely by the poor and the elder-poor. Poor senior citizens cannot afford the cost of professional caregivers so these poor seniors stay home alone in their little shacks.

In his speech delivered a few years ago on State-owned DBS radio His Excellency President Charles Savarin congratulated the DCOA for its work so far on raising awareness of the status of older persons in our communities. Because of DCA's advocacy Dominicans are much more aware of issues confronting elder persons, such as the widespread and abhorrent abuse of older persons.

Recall that the DCA brought the issue of elder abuse to the fore at a regional conference that it held November 2014 at the Fort Young Hotel in Roseau, entitled "Ageing, Elder Abuse and the Rights of Older Persons". Since then we had not heard much about the issue but there's no doubt that that scourge of elder abuse should become a major agenda item for the DCOA. Undoubtedly, that problem must be confronted with all the resources that DCOA has at its disposal.

The World Health Organisation (WHO) suggests that the core element in elder abuse is the trust that is often violated by relatives, caregivers, friends, community workers and professionals. As an anecdotal point on the issue, we recall the disturbing story of a blind, elderly woman who was being sexually abused by the very man from whom she was calling out for help; he was raping her but she could not see her abuser and she was shouting to him for help. The man she wanted to rescue her was the man who was raping her. There's another story of a woman whose house and property were occupied by a man who claimed to be her husband. And her relatives and the court could not intervene because she, the victim, could not give evidence because she was mortally afraid of her abuser. Undoubtedly, the DCA has recorded many such incidents of elder abuse, probably enough to fill a large folder.

But the question is: what are we doing to reduce elder abuse; where are the marches and the demonstrations; where is the outrage; where are the George Floyd-type graphic videos to ignite the flames of outrage?

The point is: the horror of elder abuse cannot be swept under the door mat to get lost in the dust and grime. We must call it by its name- a satanic practice that must be exorcized.