Electoral Reform Appears to be Dominica's Unreachable Star: Where is the Sir Dennis Byron report? 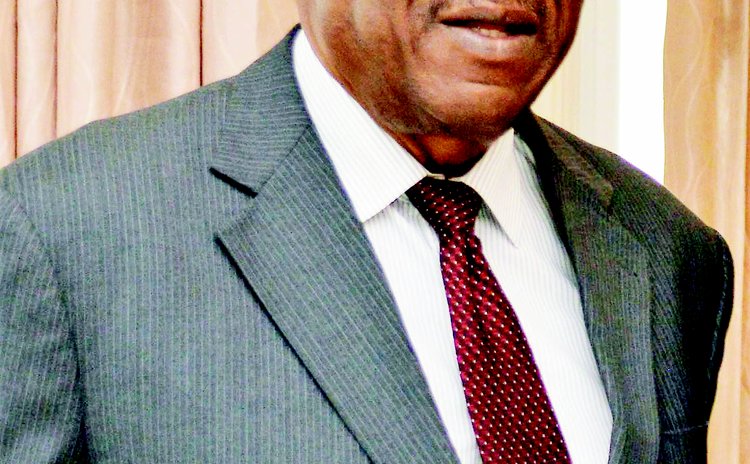 Like most Dominicans who have been anxiously, endlessly, and frustratingly waiting for the Sir Dennis Byron report on electoral reform in Dominica, we have given up. We cannot hold our breath any longer.

But seriously, where is Sir Dennis and where is his report that was promised to Dominicans over and over again? We believe that Sir Dennis should act like the "big man" that he is and tell Dominicans the real status of the report; otherwise, he will destroy much of the credibility that he has earned as one of the region's most prominent jurists.

No, we don't agree: we are not being unreasonable. Just take a look at the historical background of this most essential report.

Firstly, the nation was told that Sir Dennis's one-man consultancy which cost Dominican taxpayers more than $450,000 would begin on 1st September 2020.

Prime Minister Roosevelt Skerrit first announced at the swearing-in of his new cabinet in December 2019 that Sir Dennis had been selected as the sole commissioner for electoral reform. At the beginning of March 2020 the prime minister revealed that the prominent jurist was "to make a first visit to Dominica in the month of March on an information-gathering exercise and once he comes into Dominica, he will be exposed to all the relevant stakeholders including the media."

However, the COVID 19 pandemic caused Dominica and all islands in the Caribbean to close their borders in an effort to slow down infection of the contagious virus.

So, there was no movement on the Sir Dennis project until 25 August 2020, when the cabinet met and approved his appointment "to examine the electoral process in Dominica", according to the minutes of the meeting signed on 1 September 2020 by Steve Ferrol, the then Cabinet Secretary.

In early October 2020, more than a month after the former chief justice of the Eastern Caribbean Supreme Court and former Caribbean Court of Justice president was due to begin work, Skerrit announced on his personal radio talk show that he had asked the Organisation of the American States and the Commonwealth to "provide to us an expert from their organisation" to work alongside Sir Dennis.

In the meantime, the Electoral Commission has not been an open book on the subject of the availability of the Sir Dennis Byron report.

In December 2021, Sir Dennis announced another delay with the presentation of his recommendations for electoral reform. Though The SUN made attempts to get answers that proved futile state-owned DBS radio revealed that the process was taking Sir Byron longer than he had anticipated and he would not be ready by mid-December 2021, as previously promised.

Instead, he gave a new target date of January 2022; that, you will agree, has not been fulfilled.

These delays in the delivery of the Sir Dennis report have been noted by the revamped National Joint Action Movement (NJAM) headed by economist Kent Vital. NJAM has flatly stated that the delays in the Government's delivery of the report are deliberate and that Dominicans must ensure that no other elections are held without the required electoral reforms.

In our view, electoral reform should be important, and necessary, not only for the opposition parties that want to become the next government but also for the ruling Dominica Labour Party (DLP) who stand accused of manipulating and breaking, and abusing rules that govern elections in Dominica.

If perceptions are indeed reality, the DLP government should remove that perception that the majority of citizens of Dominica are not happy with the conduct of elections here and that the electoral playing field is absolutely uneven.

In Dominica, the DLP appears to be playing this election game with spiked boots and double-wide goals and with their own referees whilst the other political parties are playing that same game bare-footed, with narrow goals, with deflated balls, and with blind referees.

Is this acceptable in a modern democracy in the 21st Century? Is electoral reform in Dominica that much of an unreachable star?