Electoral Reform Chaos: That's What Happens When the People do not Trust Their Institutions 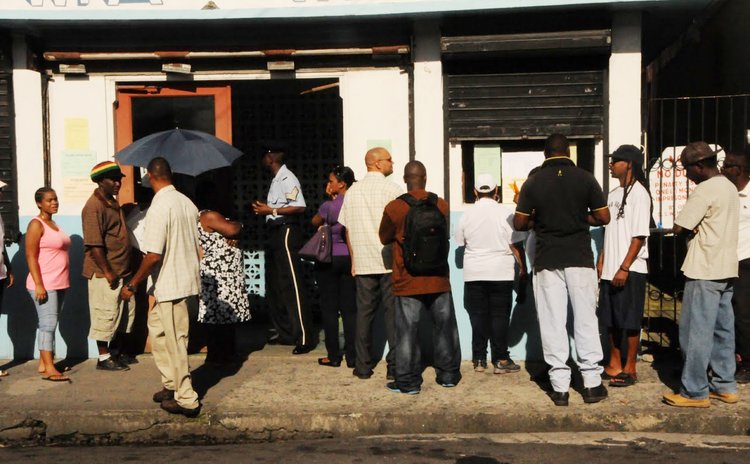 Dominicans vote in Roseau during the 2014 general election

As Dominicans nervously watch the approach of another hurricane, the traumatized islanders are also observing the development of another potentially hurtful system as the government and opposition get ready to clash over the process of electoral reform before an election that is due in about twelve months or less. What is amazing is that the adversaries had more than ten years to fix the electoral system.

The electoral reform crisis that now faces the country has been triggered by the failure of the government, the Electoral Commission and the opposition to put the appropriate level of importance and urgency on mending the electoral system that the Commonwealth Election Observer Group described in 2014 as free but definitely not fair.

As we prepare for the potential hurricane Isaac that is currently churning in the Atlantic, parliament is expected to meet next week Thursday (September 20) to debate an amendment to the House of Assembly Elections Act and the Registration of Electors Act. And, belatedly, the Government was expected to hold a consultation on the proposed amendments on Monday, while the opposition is setting up to summon it supporters to resist the proposed change.

What is troubling is that ruling Dominica Labour Party (DLP) apparently set up the proposed amendments and that half of the Electoral Commission (the United Workers Party nominees) seemed to have disagreed with specific aspects of the amendments.

Gerald Burton, the Chairman of the Elections Commission confirmed that when he stated in a letter, that we have published in this issue of The Sun in the interest of transparency, that the Commission was deadlocked (two-two) on the issue of overseas confirmation of electors.

"I am required however to advise you that on the issue of the confirmation of electors overseas, the Commission was deadlocked and therefore has made no comment in respect thereof. The Commission will however to the best of its ability, give effect to and implement the law, upon its commencement."

So, if we understand Mr. Burton well, the Commission will follow the amended law that was dictated by the DLP, approved by the DLP Cabinet, passed by the Labour Party-controlled parliament, assented by the a DLP-appointed President and we call this democracy?

As we stated in an earlier editorial, the Electoral Commission as it currently constituted is incapable of recommending and implementing meaningful electoral reform. That is not the doing of the Commission- the Constitution is all at fault when it assumes that politicians will be statesmen who will understand the rationale for non-interference in the operation of the Commission, starting from the nomination of the commissioners and the Chairman.

As we have suggested in an earlier editorial, the current Electoral Commission is way too politically polarized to consider the matter of electoral reform to the satisfaction of the Dominican public. The commission, we said, had a massively complicated job ahead of them and they would needed all the assistance to get it done before the next general election constitutionally due sometime in 2020 because Dominicans really cannot continue conducting elections the way it has over the past 15 years.

To minimize the inevitable quarrel between the parties, we have suggested that the Commission engage of an independent consultant from the Organisation of American States, for example, to advise the Commission on the measures and their implementation. Because the ruling party, the opposition and other groups do not seem to agree on the basic measures to be taken towards electoral reform.

In his letter to the Electoral Commission that Lennox Linton wrote almost two years ago about his party's concept of electoral reform, he wrote that his party would agree to a total re-registration of all eligible voters on the basis of which a new register of voters will be issued; voter identification cards - picture ID cards for all eligible voters on the new register of voters who will be obligated to use the cards as identification during elections; enforcement of the provisions in our electoral laws against bribery, treating, personation, illegal voting and election offenses in general; voting by electors living overseas – lawful facilitation of registered, eligible voters living overseas to vote in general elections in Dominica; media access for the Opposition - fair access for the Opposition to the news and current affairs programmes of all State-owned, State-operated or State-controlled media; campaign finance reform - to ensure at the very least declarations of campaign contributions and election campaign spending by any political party of no more than EC$30 per registered voter per election.

As we have stated in earlier editorials, the issue of campaign finance reform was going to be the most contentious because that matter will affect every aspect of election campaigning in Dominica and over the past three elections the financing of general election has been of growing concern.

But on the eve of another general election we have not even begun discussions about enacting campaign finance laws and finding ways to enforce them. So, in our view, the culture of political corruption will continue to corrode our citizens' faith and confidence in the electoral process.

The point we want to emphasize is that no issue is as crucial to the health of our fledgling democracy; no issue, if left unresolved, has the potential to plunge Dominica into widespread anarchy; no issue, if properly decided, is a better medicine to treat the disease of political divisiveness that has been hindering our development for many decades, than electoral reform.