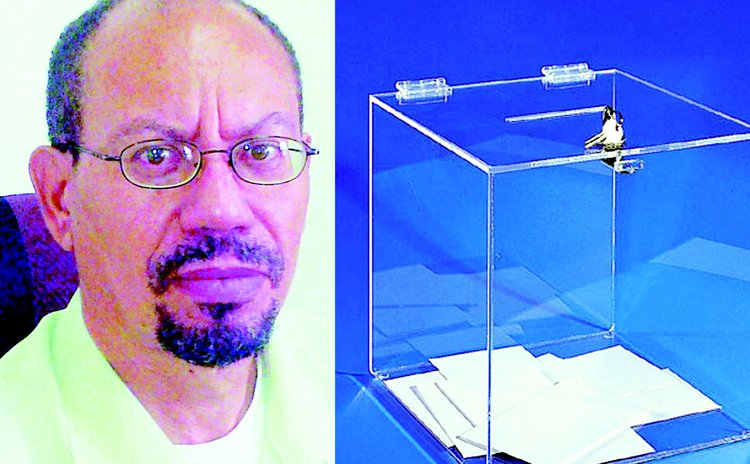 (Government of the Commonwealth Of Dominica, Cabinet Secretariat)

The current structure of the electoral system is the cumulative result of efforts by successive Executives since our independence. Electoral reform is therefore an ongoing process. This document details some of the key milestones that have characterized recent efforts by the Executive to facilitate electoral reform.

There are three branches of Government: Judiciary, Executive, and Legislative.

Section 56 (1) of the Constitution mandates the creation of the Electoral Commission, charged with the responsibility for the administration of elections.

Section 56 (3) of the Constitution stipulates the composition of the Electoral Commission:

A chairman appointed by the President, acting in his own deliberate judgment;

Two members appointed by the President acting in accordance with the advise of the Prime Minister; and

Two members appointed by the President, acting in accordance with the advise of the Leader of the Opposition.

Institutional balance is maintained with the Government and Opposition holding equal membership.

The Commission is an independent entity. Communication between the Commission and the Executive is facilitated through the President.

The Obligation of the Executive to the Electoral Commission

The Executive branch (Cabinet), headed by the Honourable Prime Minister, receives and considers recommendations and requests from the President that emanate from the Electoral Commission. These include budgetary support and legislative support.

Milestones in the Process to Electoral Reform

-February 21, 2011. The Cabinet formally informs His Excellency the President, with a request for the onward notice to the Electoral Commission, of its Decision to introduce a National I.D Card that will include all the features requisite in a voter's identification card.

-National I.D card that can be used for voting and, further, proposes the St. Lucian model.

-July 16, 2013. H.E Excellency the President requests financing for the issuance and administration of the National ID Card.

-August 20, 2013. The Executive commits to providing finances for the ID Cards and encourages the search for a draughtsman for the legal amendments.

-December 9, 2013. The Honourable Prime Minister, His Excellency, and the Commission Chair meet to discuss and advance discussions pertaining to the implementation of the National I.D Card and the engagement of a legal consultant to facilitate revisions and subsequent amendments to the relevant laws.

-December 1, 2015. Cabinet directs that copies of the Bill for an Act to amend the Registration of Electors Act and the related SR&O be sent to His Excellency for his information and requesting that he forward copies to the Electoral Commission for its consideration, advice, and/or approval.

-December 4, 2015. The Executive submits draft copies of Bills to Commission for scrutiny and comments: House of Assembly (Elections) Act, Chpt 2:01 and the Registration of Electors Act, Ch 2:03.

-September 7, 2016. His Excellency submits to the Honourable Prime Minister the Commission's reactions to and recommendations on the draft amendments to the electoral laws and further, advises of the Commission's availability to discuss the same.

-ID Card management system and a maintenance contract for the same.

a.$319,961.45 to employ additional staff required for the confirmation exercise and issuing of I.D Cards;

b.$274,618.05 to meet the costs associated with clearing the equipment at the port and the installation of the system network;

c.$162,408.00 to purchase a passenger bus, pay the cost of premium insurance for the bus, and the maintenance of the same;

d.$341,011.58 for the costs of the confirmation exercise to include public relations, subsistence, and rental of property;

e.$1,136,546.40 for meeting the costs of travelling to selected cities for confirming overseas-based nationals; and

-May 9, 2017. Cabinet authorizes and instructs the creation of legal instruments on electoral reform.

-May 23, 2017. The Executive tables the Bills entitled Registration of Electors

-May 25, 2017. The Honourable Prime Minister advises the Honourable Speaker of the House that the Government will no longer pursue the readings of the Registration of Electors (Amendment) Act 2017, Chap. 2:03 and House of Assembly (Amendment) Act 2017 as detailed in the Order Paper in order "to avoid obvious confrontation that others are seeking."

-August 8, 2018. The Executive informs the His Excellency of Government's intention to table on September 17, 2018, two Bills: the Registration of Electors Act 2018 and a revised House of Assembly (Amendment) Act 2018.

-September 7, 2018. Loftus Durand files an injunction preventing the Government from seeking Parliament's approval to nine (9) clauses in the Bill that propose amendments to the Registration of Electors Act 2018. There are 13 clauses in the Bill. The first two describe the title:

Clause 2. "In this Act the Registration of Electors Act is referred to as "the Act".

-September 10, 2018. Consultation organized and chaired by the Executive at the Goodwill Parish Hall in Roseau with all relevant actors on electoral reform. The Attorney General invites all to submit recommendations for inclusion in an eventual Bill.