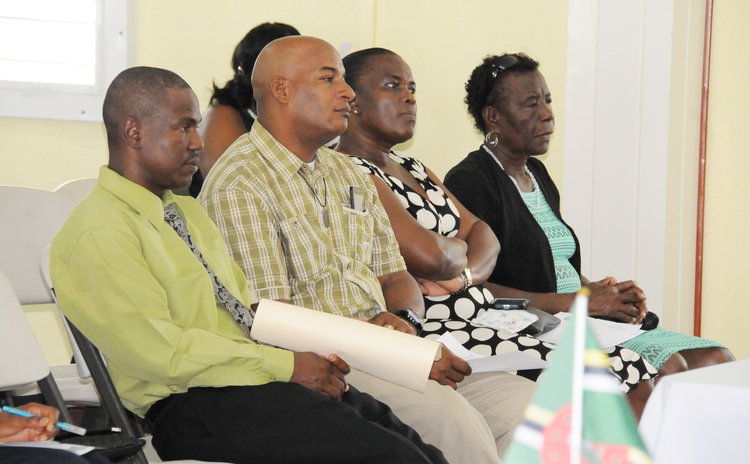 Members of the Concerned Citizens Group

A group calling themselves Concerned Citizens Movement have taken up the issue of electoral reform. CCM wrote to the Electoral Commission in July about the voter registration process.

Last week, the commission replied. The Sun obtained copies of the letters and we reproduce them below.

A public announcement from the Electoral Commission that a Voter Verification Process would have started on July 01, 2018 refers.

To date there has been no visible signs of such a process which is of concern to the Concern Citizens Movement, particularly in light of the uncertainty as to when a general election may be called.

In this regard, we and by extension the Dominican public would be grateful to be appraised of the reason(s) and or justification for the delay in implementing such an important and urgent program which will help enforce key aspects of the Electoral Process in Dominica, thereby strengthening Dominica's democracy. An indication as to when this process will commence will be greatly appreciated.

We await your urgent response about this matter which is of serious national importance.

I have been directed by the Electoral Commission to express its thanks for your communication regarding its announced intention to undertake a voter verification exercise and to introduce new regulations to give effect thereto.

The Commission took the view that the proposed exercise was required in the absence of Parliament's passage of previously proposed amendments to the House of Assembly Elections Act, Chap.2:01and the Registration of Electors Act, Chap. 2:03 (both 1990 Revised Laws of Dominica).

As you may be aware, the proposed amendments made provision for the introduction of the identification card system and the confirmation of existing electors. The Commission is of the view that the confirmation process as envisaged will greatly assist in improving the accuracy of the various registers of electors. The latter was in fact the intention of the proposed verification exercise.

As you are also aware, Government has recently publicly announced its intention to re­ introduce to Parliament, the proposed amendments, revised to exclude therefrom, provisions which were of concern to some stakeholders including yourself.

The Electoral Commission has, pursuant to section 51 of the Constitution, reviewed the proposed amendments as revised and has indicated to Government, its satisfaction that the proposed amendments would greatly assist in enhancing the electoral process once they have been brought into effect. I am required however to advise you that on the issue of confirmation of electors overseas, the Commission was deadlocked and therefore has made no comment in respect thereof. The Commission will however to the best of its ability, give effect to and implement the law, upon its commencement.

The Commission intends to undertake a comprehensive voter education exercise, to inform stakeholders of the proposed revised procedures. It is however important to highlight the following points here.

In compliance with section 38 (1) of the Constitution, the proposed amendments place the control of the ID card system and confirmation process, completely and effectively in the hands of the Electoral Commission and the Chief Elections Officer;

The eligibility requirements for the registration of new voters as established by section 5 of the Registration of Electors Act remain unchanged. Therefore, only persons who are citizens of the Commonwealth of Dominica, or citizens of a Commonwealth country who have resided in Dominica for a period of 12 months prior to application and have attained the age of 18 years and have resided in a polling district in the state for a continuous period of at least 3 months preceding application, are qualified to be registered;

Therefore no registration of electors will take place overseas and new voters would be required to visit their registering and assistant registering officers, to initiate the registration process as currently exists;

The Confirmation process will involve enrolment officers who have been appointed by the Commission and trained by the Electoral Office in the use of the modern 10 card system, who will be dispatched across the island and overseas, to receive the required data from already registered electors, in addition to taking biometric information, to include, fingerprints, photograph and signature. Registered electors will also be able to visit to Electoral Office at any time during working hours, to become enrolled unto the system;

If deemed ineligible, the elector will be notified and will have the opportunity to lodge an appeal in accordance with due process requirements. If eligible to remain, the elector's enrolment will proceed to the issuance of the National Identification Card. Therefore, only persons deemed legitimately entitled to remain on the electors list in accordance with law, will be issued with a National Identification card and consequently eligible to vote in any election conducted following the completion of the exercise and the publication of the new registers;

The proposed amendments place the responsibility for determining where enrolment takes place, both locally and overseas, solely in the hands of the Electoral Commission. Therefore, enrolment will not be effected by any functionary of the Executive, whether locally or overseas and the Commission will determine the venue and supervision of the enrolment centres.

It must be re-emphasized that it has always been and remains the law that any person who alleges that an elector is not entitled to remain on a register of electors, is entitled to file an objection with the registering or assistant registering officer for the particular district and the appropriate mechanism established by the law for reviewing and determining that objection would be initiated. The Commission notes that, notwithstanding public utterances in that regard, in the last 12 months, no formal objection has been filed by any one, in respect to the retention of names of electors on the Register.

The Commission is satisfied that the proposed amendments are in the best interest of the democratic process in Dominica and urges all concern to give effective support to its speedy passage and implementation.