Divided on the need for electoral reform, political parties and other groups stake their positions 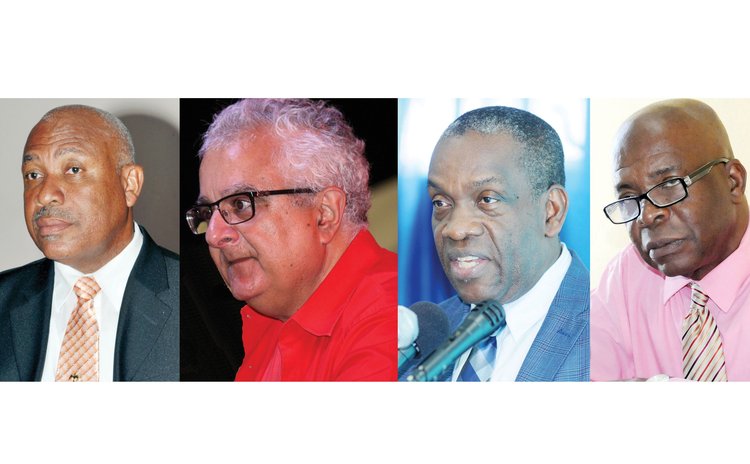 As the date for the next general election draws nearer and nearer and as parties jostle for political advantages, the electoral reform rhetoric took on a new dimension last week. The talk got hotter.

At a press conference of the Opposition United Workers Party (UWP) Political Leader Lennox Linton reiterated his party's position on electoral reform: there will not be another election without electoral reform and that other groups are demanding changes to the electoral system.

He said: "My view is that the authorities, the independent Electoral Commission that has the constitutional responsibility for free and fair elections, should get cracking with the basic reforms that the leaders of church, the other leaders of civil society are also demanding, also insisting on. So I think the people of Dominica need to understand that this has moved away from being a United Workers Party matter where you could say that is politics. It's no longer that, it's gone beyond that. It's about our democracy. It's about free and fair elections as the backbone for government of the people, by the people, for the people.

But Felix Gregoire, former Cabinet Secretary in the DLP Administration of Roosevelt Skerrit and current CARICOM Ambassador had another view.

In a statement released last week, Gregoire said Dominicans should "not get carried away by Electoral Reform".

Note that Gregoire did not say that the system was also known to be "fair"; just free and peaceful.

Gregoire continued: "The Government has catalogued its efforts to have draft laws passed in Parliament and all Dominicans are aware of the opposition towards these efforts. Hence, when it is said that no political party is responsible for the delays experienced in the reform process, one has to question the source of that information and the intention of those making such a false statement.

"Meanwhile, as political parties prepare themselves for the next General Elections, I trust that we, as law abiding citizens will conduct ourselves in a manner that will preserve the peace in our beloved country".

In the meantime, DLP spokesman Anthony Astaphan SC argued in a paper that the current "debate" on electoral reform in the media and elsewhere "has failed to address and accept the basic legal principles and law, the "debate" will continue to misinform the public as it is premised substantially if not wholly on misconceived notions of law and fact, and in many instances, partisan mischief making, and calculated misinformation."

From these statements, it is clear that some level of mediation and compromise on the issue of electoral reform is required- before it is too late.