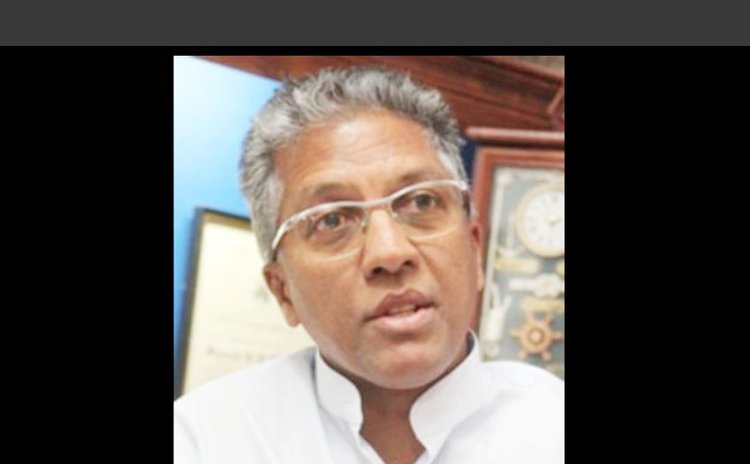 The eligibility of a Dominican-born attorney who was recently appointed to the third-highest office in Trinidad and Tobago as Attorney General (AG) is being questioned, as the opposition in that country is accusing their Prime Minister Dr. Keith Rowley of making a blunder.

Senior Counsel (SC) Reginald T. A. Armour is the new AG and Minister of Legal Affairs of Trinidad & Tobago replacing Faris Al-Rawi in a major Cabinet reshuffle on March 16, 2022, by Dr. Rowley.

An Attorney at Law in private practice, specializing as an advocate in the areas of commercial law, labour relations constitutional and public law and, as consultant counsel to his clients, Armour was appointed a senior counsel by the President of Trinidad and Tobago in 2003.

With a wide Caribbean legal practice the SC has represented his clients before the Judicial Committee of the Privy Council and Courts of Appeal and High Courts across the Caribbean.

Until his appointment as AG, he was the head of Marie de Vere Chambers in Port of Spain, originally founded in the late 1980s by Mr. Frank Solomon SC. In Addition to his law practice as an advocate, Armour is the current President of the Law Association of Trinidad & Tobago and the Chairman of the Council of Legal Education, the regional legal body under whose auspices exist the three Caribbean Law Schools in Trinidad and Tobago, Jamaica and the Bahamas.

He has served as an acting Justice of Appeal in the Eastern Caribbean Supreme Court, an acting High Court Judge of the Supreme Court of Trinidad & Tobago, and is a former member of the Law Reform Commission and the Legal Aid Authority of Trinidad and Tobago, among others.

Following his appointment, Trinidad and Tobago's Opposition Senator, Wade Mark raised the question to the media as to whether Armour holds dual citizenship with Dominica and is therefore not able to hold the post.

However, in a statement to the Trinidad and Tobago Guardian, the new AG assured that his appointment as a member of the Cabinet is in full compliance with the country's Constitution.

Another Dominican based in Trinidad and Tobago, former United National Congress (UNC) Justice Minister Herbert Volney also defended SC Armour's eligibility; he said questions raised were a "non-issue" and were the work of "mischievous people."

He said that the critical word in the Constitution is 'declaration'.

"If you adopt the citizenship of another country, that's where you do the declaration of allegiance when you become a citizen," he said.

According to him, Armour was a citizen of T&T for "donkey years."