Emancipation and Party Politics: None but Ourselves Can Free Our Mind 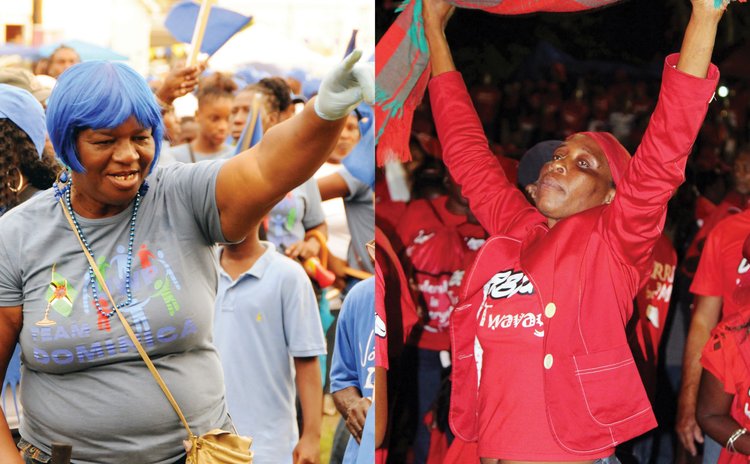 As we get ready to celebrate Emancipation Day on 5 August 2019 we lament the fact that party politics continue to pitilessly enslave the minds of most Dominicans.

And as the silly season continues, that is the on-going election campaign, the level of mental slavery currently on display never ceases to astound. In Dominica, we see the undeniable and naked evidence of mental slavery every day, in all colours of the political spectrum.

For instance, a political party obtains a million-dollar property, paints it in party colours and no one explicitly enquires about the source of the finance, or who is the giver of the gift.

Again, the ruling party uses state resources to repair roads in the constituency mere days, even hours, before it launches its candidates. No one raises an eyebrow; it appears to be the most normal thing to do.

Yet again, many civil servants have been openly campaigning, sometimes right on the platform where the speeches are being delivered, in front of the camera lens. No one raises a finger; no one condemns the practice; no one cares about the severe damage that this causes to the traditional independence of the civil service. We ask, probably in vain: Where is the Chief Personnel Officer, where are the permanent secretaries, where is the Public Service Commission?

We have said it before and we will repeat ad nauseam: Dominicans must begin to emancipate themselves from the political system that has virtually enslaved them.

Writing in an article entitled "Politics and Mental Slavery" in the Jamaica Gleaner of a few years ago, Peter Espeut, a sociologist and Roman Catholic deacon suggested that a mental slave is someone who suspends his intellectual faculties and subjugates himself to the will and beliefs and attitudes of another person or group. Like a cult.

Espeut added that mental slavery is the inability to view events, or one's self, objectively. A mental slave will not apply his brain to evaluate what he is being told, to discover what is true and rational; mental slaves are in the habit of accepting and believing what is told to them, whether it makes sense or not. Often, the mental slave does not even stop to ask himself whether what is being said, what he sees with his own eyes or hears with his own ears, makes sense or not. What is important is that "my side" said it. Or that the party leader said it, no matter how ridiculous, how self-serving, how contradictory it all sounds. Yes, it's like the mentality of a brainwashed member of a cult.

Mark you, a mental slave does not have to be an illiterate or an ignoramus; he or she could be a graduate of the illustrious University of the West Indies (UWI), for instance, or an ambassador to a major state or a principal of a top school. Mental slaves of the political kind are everywhere. And that defies explanation.

Undoubtedly, there are many mental slaves in all political parties. Some people have gone as far as to suggest that if one party puts up a dog or a monkey as a candidate their supporters will vote for the dog or the monkey because developmental plans, analyses of character and political arguments will be lost on these reactionary, unthinking, robotic party slaves.

So the struggle for true emancipation continues.

On Emancipation Day 2019 we should understand that the fight for true emancipation may not be attained in our lifetime but our generation must continue the battle for true liberation, one block at a time.

When Dominicans observe Emancipation Day on August Monday, they will celebrate the day that slaves were emancipated with a public holiday but no event of any significance will be held to help Dominicans reflect on the true meaning of emancipation. Few nationals will care enough about emancipation to spare a thought about that day when the brutal political and economic system called slavery was made illegal.

On Emancipation Day, a few Dominicans will consider the mental and economic state of poor, black people in Dominica nearly 200 years after slavery was abolished on August 1st 1834. But, make no mistake, the effects of slavery are still alive and well in Dominica; its residues are permanently imbedded in our thoughts, words and action especially in the political and economic dimension of our society.

It is obvious that mental slavery has not been abolished.

As late Bob Marley, the legendary Jamaican Reggae singer reminds us in his "Redemption Song" we must: "Emancipate ourselves from mental slavery/ Because while others might free the body/ None but ourselves can free the mind".

Another great Jamaican, Marcus Mosiah Garvey, called for a new "Negro Spirit": For the building of a common experience of black people as the foundation of a strong and healthy nation. Garvey believed sincerely that if black people are to emancipate themselves from mental slavery, they must establish a new sense of self and engage in a critical transformation of the mind.

But even economic freedom has eluded us for 200 years after slavery. And although we obtained political independence from Britain, our former slave masters, on 3rd November 1978, the struggle for economic emancipation has only just begun.

So our leaders must consider whether they are displaying elements of mental slavery when Dominica repeatedly provides massive contracts, using local funds to boot, to foreign companies and there are Dominican companies fully capable of executing these projects. When we do that consistently, ask yourself, are we helping Dominica on the road towards economic emancipation and real resilience? We don't think so.

This is, folks, the type of political mental slavery that crushes and destroys.