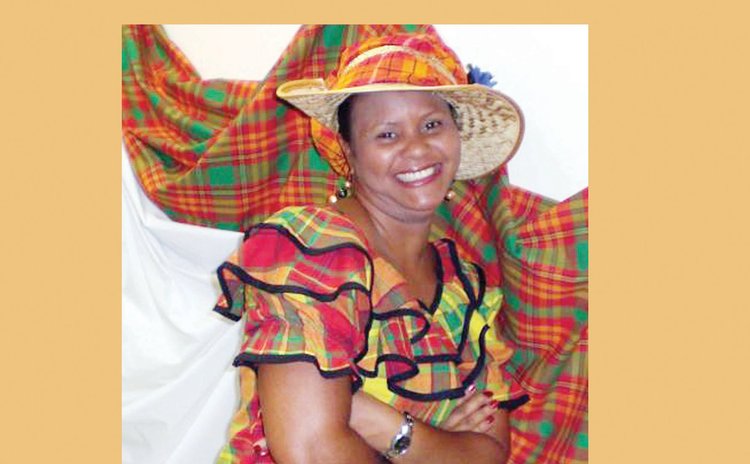 Rosana Emmanuel, a former employee of the Ross University School of Medicine (RUSM) that relocated to Barbados in 2018 will be the United Worked Party (UWP) candidate for Petite Savanne in the upcoming general elections.

Born and raised in Petite Savanne, Emmanuel said that she "always had a deep love for her community and people". She was educated at the Petite Savanne Primary School and the Dominica Grammar School (DGS).

"I was always ambitious and determined to excel and so, after having worked for several years in Dominica, I left the island to further my education in the United States where I attained a Bachelor's degree with double majors in International Business and Management from Northwood University and graduated from Florida International University (FIU) with a Master of Public Health (MPH) degree specializing in health promotion and disease prevention. On completion of my MPH degree I was employed for more than a decade, as the Director of Clinical and Community Affairs at Ross University School of Medicine, in Dominica," she said.

She said in her teenage years, she was inspired by the ideals of "honesty and integrity of Rosie Douglas and Pierre Charles and a burning commitment to social justice", and was a major figure in the youth wing of the Dominica Labour Party in the 1990s.

"I was part of the movement that helped Urban Baron win the Petite Savanne constituency in four consecutive elections," she said. "With a background that is consistently characterized by committed devotion to country and a desire to serve, advance, and improve the lives of the people of the Petite Savanne constituency and Dominica by extension, I have made the decision to offer myself to serve in the highest office in the land- the Parliament of the Commonwealth of Dominica on a UWP ticket."

She says that as a Public Health Specialist by training and over a decade of professional experience in the health field, she is well equipped to bring to bear all these years of experience as a member of "Team Dominica," the team she says "that will rescue Dominica from the economic, political and social morass that now plagues the country."

Emmanuel comes up against Marva Williams of the Dominica Labour Party (DLP); she is the acting director of the Dominica Festivals Commission who was named in a surprise announcement at the DLP special delegate' s conference at Londonderry in February 2019. The two women will battle for the seat to be vacated by current Minister of Health Dr. Kenneth Darroux whom the party said will not be contesting the up-coming general election.

Petite Savanne will be the constituency to watch closely during the upcoming elections. Destroyed by the rains and landslides of Tropical Storm Ericka in 2015, the village was evacuated and is currently being rebuilt at Bellevue Chopin.

Emmanuel said that one of the high points of her professional life was when she was transferred to St. Kitts after Hurricane Maria when Ross University School Medicine temporarily moved to St. Kitts as the "Operations Team Leader" which involved setting up and running the operations of the campus in St. Kitts.

"While my professional work has taken me throughout the country and beyond, I have never lost touch with my people in Petite Savanne and following the passage of Tropical Storm Erica, and Hurricane Maria, I answered the call when I served as a volunteer on the Petite Savanne Resettlement Committee and was instrumental in coordinating the food and housing needs for the people of Petite Savanne who were displaced," she said. "In many ways, I have spent much of my working life preparing for this moment and given my background as a Public Health Specialist and my unswerving commitment and dedication to the advancement of Dominicans particularly in the health field, it is only natural that I make that progression into the political arena."

She is the mother of two adult daughters.