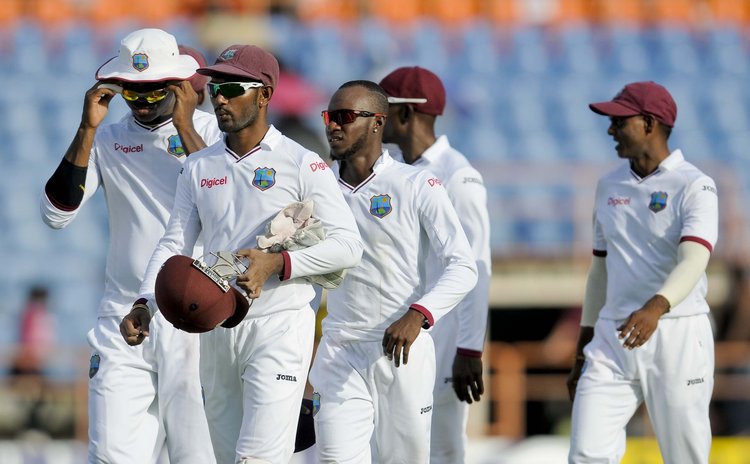 In the opening session of the fifth and final day, Anderson destroyed the West Indies middle order to claim figures of four for 43.

Anderson ensured that his team won by also taking took two catches and running out Jason Holder; the West Indies were bowled out for 307 having begun the final day of the match on 202 for two.

Given 143 to win, England easily reached their goal; Captain Alastair Cook was on 59 not out and Gary Ballance 81 not out. Early in the innings, Trott was bowled by pacer Gabriel for no score.

This was England's first overseas victory since beating India in Kolkata in December 2012.

England now lead the three-match series 1-0; the first match in Antigua ended in a draw.