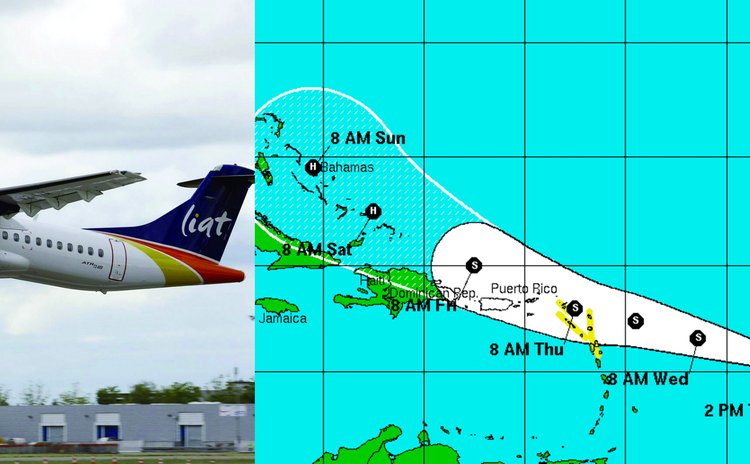 Today the Caribbean Airline announced that it has cancelled five flights on Wednesday; 11 on Thursday and one on Friday.

LI 524 Barbados to Dominica to Antigua

LI 581 Antigua to Dominica to Barbados

Meantime, the National Hurricane Centre (NHC) of Miami Florida reported that at 2.00 pm the centre of Tropical Storm Erika was located near latitude 15.3 North, longitude 51.8 West.

The NHC says: "Erika is moving toward the west near 20 mph (31 km/h), and a west-north westward motion at a slightly slower forward speed is expected over the next 48 hours. On the forecast track, the centre of Erika will be near the Leeward Islands Wednesday night and early Thursday.

"Maximum sustained winds remain near 45 mph (75 km/h) with higher gusts. Some slow strengthening is possible during the next 48 hours. An Air Force Hurricane Hunter aircraft is scheduled to investigate Erika later this afternoon.

"Tropical storm force winds extend outward up to 80 miles (130 km) from the centre.