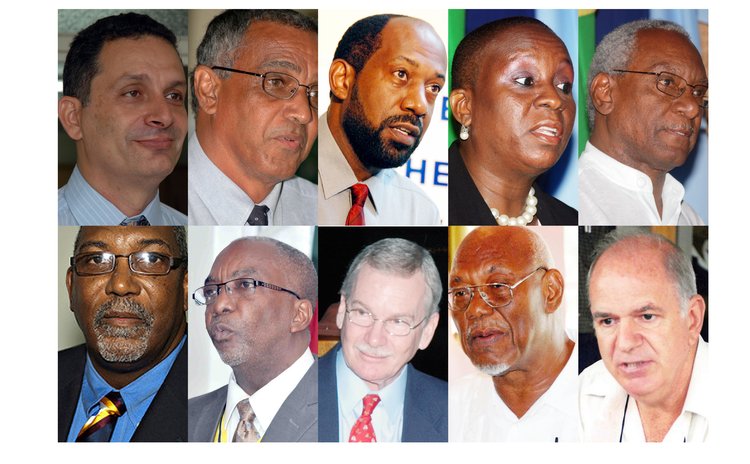 Eliud Williams, the former President of Dominica and chairman of a National Reconstruction Task Force (NRTF) says within the next few days the group will present some sound recommendations to the Government of Dominica.

Following the catastrophic experience of Tropical Storm Erika and its impact on the future development of Dominica, Prime Minister Roosevelt Skerrit formed the NRTF to assist the government in charting the way forward.

Speaking to the SUN in an exclusive interview, Williams explained that NRTC spent the first few weeks developing its terms of reference for the approval of Prime Minister Skerrit. When that was completed, he said, it became clear to members of the Task Force, that a technical co-coordinator was required to provide support.

"As we continued our discussions, we focused on a new Dominica; a Dominica by 2030 what it would look like and we came up with a particular position. However, given the limited resources available to us, and our role was primarily advisory we decided that we would focus on two sectors of the economy- tourism and agriculture," Williams stated.

He continued: "So because of that we spent considerable time discussing the tourism sector and we reviewed various documents that were available to us the first major one being the Tourism Master Plan 2012/2020 but were approved in 2013. We also spent some time looking at the corporate strategy and action plan for the tourism sector. We also discussed the issue of access into Dominica and product development. We had various people in the sector making presentations to us…and having taken the discussion of tourism to the point where we felt that we had enough material the next point was to submit recommendations to the Prime Minister. However, all these documents had to be summarized and then recommendations made."

He stated further that in the absence of a coordinator the group decided to look at a shortlist of consultants (Dr. Valda Henry of VF Inc who is part of the Task Force) did not participate in that discussion and so VF Inc was given the task of helping to put the report and recommendations on tourism together.

"Before that can be done, there will be consultations with key stakeholders in the sector during the week of April 21, 2016," Williams said.

"We are continuing our discussions on the agricultural sector…agriculture have been the discussion of a lot of work and review after TS Ericka and I am also doing a paper in agriculture on behalf of CARICOM and we will continue discussions using these documents as background. What we hope to do is that within the next couple weeks to submit to government our recommendations in agriculture in terms of some of the key things that the Government can do to help move the process forward," Williams said.

He said that the NRTC has done a considerable amount of work and he was satisfied with the progress made thus far, ever while having had some delays with meetings he was sure that "we will be presenting some sound recommendations that can be implemented for the benefit of Dominica."
Other members of the NRTC are: Collin Bully, former Director of OECS EDU; retired Cabinet Secretary and attorney at law, Julian Johnson; Alick Lazare, former Financial Secretary; former government minister and businessman Yvor Nassief; prominent businessman, Gerry Aird; attorney at law, Senior Counsel Alick Lawrence; Gregory Shillingford, former CEO of West Indies Cricket Board and agronomist; consultant and economist Dr. Valda Henry, chartered engineer and businessman Anthony Burnette-Biscombe; ambassador Edward Lambert, with banker, Marie-Therese Johnson serving as secretary of the group.