A new Tropical Storm has formed in the Atlantic 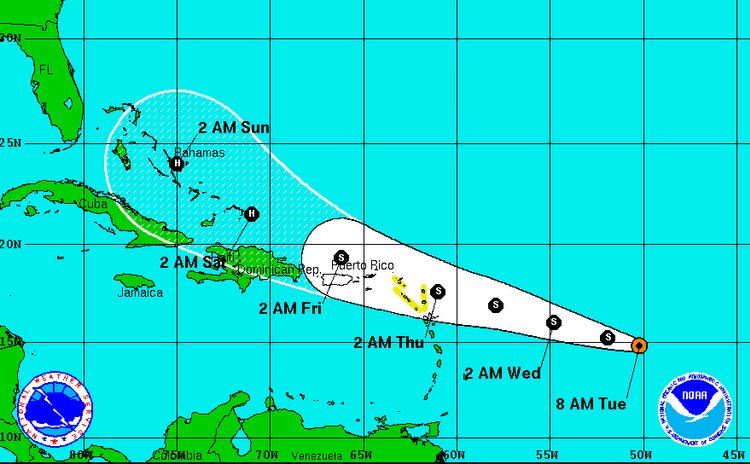 As the Eastern Caribbean says goodbye to Danny another storm forms and you could almost hear Dominicans say "Erika woii" to indicate that these systems are bothersome.

The National Hurricane Center (NHC) reports that at 800 am the centre of Tropical Storm Erika was located near latitude 14.8 North, longitude 50.2 West.

"Erika is moving toward the west near 20 mph (31 km/h), and a westward to west-north-westward motion with a slight decrease in forward speed is expected during the next 48 hours," the NHC said.

"On the forecast track, the centre of Erika will approach the Leeward Islands Wednesday night and early Thursday.

"Maximum sustained winds are near 45 mph (75 km/h) with higher gusts. Some strengthening is forecast during the next couple of days. Tropical storm force winds extend outward up to 80 miles (130 km) from the centre.