Essential Oils Welcomes Reopening of Markets: Revenue to start flowing back into the 2-million-dollar industry 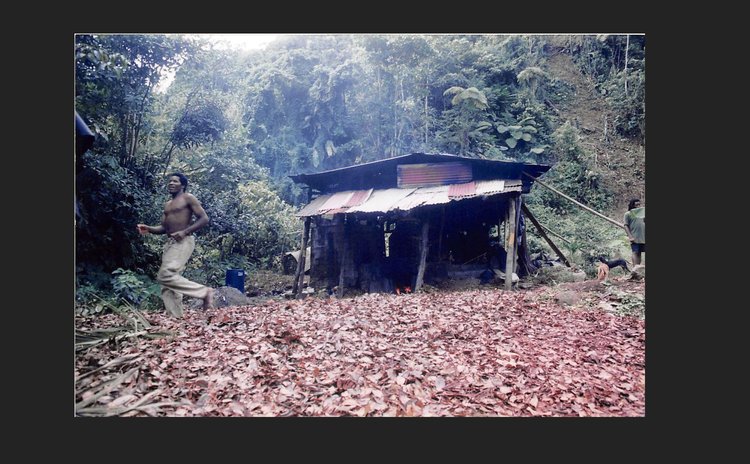 Traditional Bay Oil factory in the East of Dominica

Farmers in the Bay Oil business can expect to see an increase in their revenue stream as the world slowly opens up itself and markets after two years of adapting to and coping with the COVID-19 pandemic.

The majority of Dominica's bay producers come from the southeast of the country – like Delices, Petite Savanne, Good Hope, Fond St. Jean, Bagatelle, and LaPlaine - with a few farmers in other regions such as Portsmouth and Grand Bay.

"As we speak the sales of our products, that is Bay oil, is on a decline on the international market, also our revenue has declined," Eloi said.

"We have a large volume of stock on hand. We purchased the material - that is bay oil - from the farmers, even though we knew we would not be able to sell it. So we use that to mitigate the impact on the farmer," he said.

In addition to purchasing the product from farmers, the Cooperative also gave the farmers guidance on how to earn an income during the pandemic.

"As a Cooperative we also advise our farmers they should not depend on one product. When they are not selling one thing the other will sell. Like you diversify within the agriculture sector itself," he said.

The neighbouring French islands, while having a demand for this essential oil, do not make a dent in Dominica's bay oil exports. Similarly, there is too much product for the local market to efficiently consume.

As the Cooperative's Manager explained, the potency of the product influences how much oil is needed to manufacture any one item.

"Very small quantities are used in making whatever product uses bay oil as a base in its composition. For example, we use bay oil to manufacture bay rum, but it is very little bay oil that is used in the production of bay rum," Eloi said.

Bay oil is used as a base product in a wide variety of manufactured goods such as household items, perfumes, cosmetics, and insecticides, to name a few.

Eloi says the global economic crippling brought on by the pandemic caused the cooperative to lose over $1.5 million, per year, in revenue.

The league manager says the government had been approached for assistance during the pandemic but the cooperative is yet to receive a response from the relevant authorities. Preceding the pandemic's debilitating setback to the bay oil industry was Hurricane Maria which dealt a death blow to the sector. Bay oil distilleries were wiped out around the island, however, with the government's assistance some have been restored with more on the cards for repairs.

"We have four that have been repaired and we have another ten waiting to be repaired," Eloi said. "Prior to Maria, we had about thirty distilleries throughout the island. So what we did was focus on those in the prime areas."

Eloi remains optimistic that things will take a turn for the better for the essential oils and spices industry by the middle of 2022 as the world gets on track to resuming business with suppliers and producers.

"Currently it is slowly bouncing back and we hope that during the second half of the year things will be, not back to normal, but at least there will be some level of activity going on where the farmers themselves will be involved in the production of bay to continue to sustain themselves," he said.