EU ready to impose new sanctions on Russia within one week 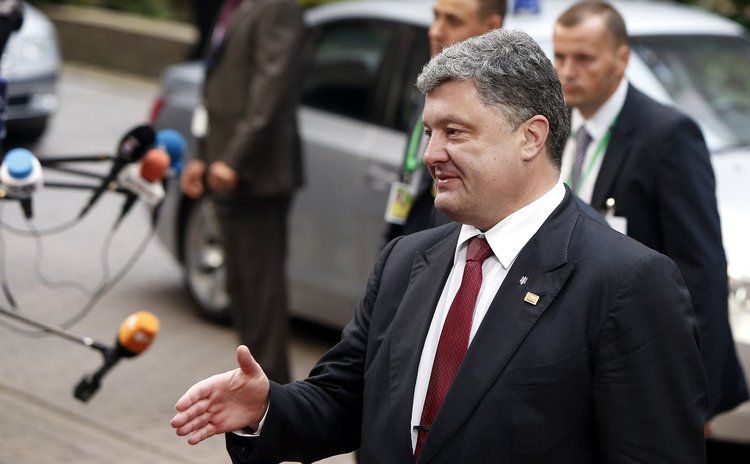 "The European Council says that it stands ready to take further significant steps in the light of the evolution of the situation on the ground and it requests the (European) Commission to urgently take preparatory work and present proposals for consideration within a week," Van Rompuy said.

"I can assure you the Commission will be quick to deliver further proposals for restrictive measures, as the European Council has unanimously requested us to present," he added.

On Wednesday, Ukraine and the West accused Russia of launching a new incursion into Ukraine's eastern region by sending its troops and hardware there. Russia denied the charges.

The NATO claimed at least 1,000 Russian troops were in Ukraine and later released some "satellite images" to show that "Russian combat forces were engaged in military operations inside Ukraine." Moscow ridiculed the NATO proof.

Russian President Vladimir Putin said Friday that Moscow is not going to engage in large-scale military conflict but is constantly on alert to repulse any aggression.

Putin said Ukraine's current air raids on its eastern regions are similar to what Nazi Germany did to Soviet cities in World War II.

Kiev must start negotiations with the restive eastern regions over the rights of the people, he added.

U.S. President Barack Obama criticized Russia for sending combat forces to Ukraine and threatened to tighten economic sanctions after making a phone call with German Chancellor Angela Merkel. But Obama ruled out U.S. military action, saying there must be a diplomatic solution.

The months-long conflict in eastern Ukraine has heightened tensions and led to sanctions which Europe and Russia both say have damaged their economies.

In July, the EU agreed for the first time on broad sanctions against the Russian economy -- a package of restrictive measures targeting Russia's finance, defense and energy sector and blacklisted dozens of individuals close to Putin. The bloc also said the measures could be adjusted according to the development of the situation.

July's sanctions included a ban on purchasing newly issued bonds and shares in Russia's five major state-owned banks, an arms embargo and a ban on selling dual-use goods to military end-users in Russia. The EU also banned exports of high-technology that can be used in deepwater oil exploration and production.

Following its European allies, Obama announced an expansion of U.S. penalties targeting key sectors of the Russian economy. The measures include expanding its sanctions to more Russian banks and defense companies, and blocking exports of specific goods and technology to Russia's energy sector.

Moscow hit back on Aug. 7 by imposing restrictions, for one year, on imports of meat, vegetables and fruits, milk and milk products from the EU, the United States and some other Western countries.