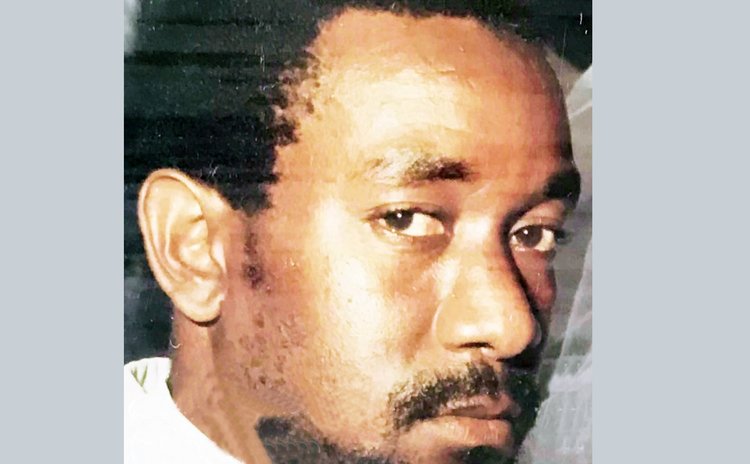 On behalf of the family, I welcome all of you and convey thanks for your presence at this Service of Thanksgiving and celebration of George's life. The many familiar and not-so-familiar faces attest to the impact he's had on our lives in one way or another. I particularly wish to acknowledge those who've journeyed from far, to support the family and fondly bid farewell to George, as well as those who have joined us via social media.

Many affectionately called him "Georgie", some "Uncle George", but only one knew him as "Daddy". Born February 5th, 1952 at the Princess Margaret Hospital, George was the baby of the family of 10 siblings; a family of strong Methodist tradition; attending church every Sunday morning, followed by Sunday School, and (Methodist) Boy's Brigade meetings in the week. His parents ensured that his energy was put into constructive activities of the church, but this by no means limited his involvement in other boyhood testing activities like: playing softball cricket on Great Marlborough Street; swimming Under Power in Bath Estate; or raiding mango and grapefruits on the Morne, and at the Botanical Gardens.

George attended the Wesley High Prep School on Turkey Lane, followed by the Roseau Boys' School on Great George Street, and the Dominica Grammar School on Valley Road. He was a well-rounded youth; a scholar with an aptitude for Mathematics, an athlete of all sports, with a penchant for basketball. The summers of his youth were spent in Morne Rachette, and Layou Park on the family estate in Gould, from where he'd return with vivid engrossing stories to tell his friends. He was a natural storyteller. Another of his talents was kite-making and kite-flying, which gave him the reputation of the most skilled among all who plied the trade on Great Marlborough Street. He would spend all his allowance purchasing colorful kite paper from Cee Bees on Cork Street, and creating futuristic kite designs.

But among everything else, George's greatest passion was basketball. He dedicated countless hours of practice to develop the skills necessary to excel at his game, making him an undeniable asset to the Dominica Grammar School Basketball Team, and later one of the founding members of "Harks", a senior division basketball team which debuted in the national league of the Dominica Amateur Basketball Association. His competitive nature earned him many accolades. With his signal 'under the basket baseline reverse scoop', George made history playing for the first national team representing Dominica to capture the Windward Islands Basketball Championship in 1976.

In pursuit of higher education, George attended the Barbados Community College and majored in Accounting. Upon his return, he was employed as a Certified Public Accountant at O.D. Brisbane & Sons later held that same position at the then Dominica Stevedoring Company, from where he retired.

George loved to entertain, and enjoyed the company of his friends. When he was not on the basketball court, he would be engaged in a game of dominoes or monopoly. He also loved going to "discos" and other social events. He was a wiz in the kitchen, famous for his crispy, mouthwatering fried chicken. Colonel Sanders had nothing on him!

George had a love for music and owned an array of records and a top-notch sound system from which he enjoyed tunes ranging from, but not limited to, the jerky rhythms of Reggae, the easy ballads of Country & Western, and the sultry tones of Rhythm & Blues.

His charisma caught the attention of many, and after several years of courtship he married Mayna Scotland Andrew, and from that union came their only child, Golda, George's "Sweetie Pie" whom he spoiled rotten! He would carry her school bag up and down Constitution Hill every day from primary to high school until she insisted that he stopped. He adored Golda, and she adored him. He spoke proudly of her to anyone willing to listen!

In his elder days George enjoyed the simpler things of life: listening to 'Matt in the Morning' on weekdays and the Voice of Life Radio on Sundays, still engaging in a game of dominoes every now and then, still cooking up a storm with the best sancoche or souse, but also looking forward to his daily lunches from Whitchurch Deli and/or Pearle's Cuisine, and occasional evening snacks from KFC and Perky's Pizza.

He was often spotted on his verandah greeting and engaging in casual conversation with passersby. He looked forward to yearly visits from his sister Lydia and ensured there was an abundance of local fruits and goodies for her enjoyment during her stay. On Sunday afternoons, they would sit for hours on the veranda, listening to "Anything Goes" on Kairi FM Radio, laughing and chatting over ice cream.

Older George valued his peace and space and will be fondly remembered for his generosity and kindness.

For his family and loved ones, coming to the house and not meeting him there will require a huge adjustment. For his dear neighbors, there will be times when you will look across, half expecting to greet George from your verandah, only to remember that he is no longer there. For the passersby, who instinctively look up as you walk by, it's going to take some time to get used to not seeing this familiar face on the verandah.

His sudden departure has left a giant void in our lives that we can only hope that time and all the fond memories would fill.

We will miss you, but we know your spirit will be with us in our toughest moments. You did your best, but now it's time to rest. Sleep well George. May your soul rest in Eternal Peace.