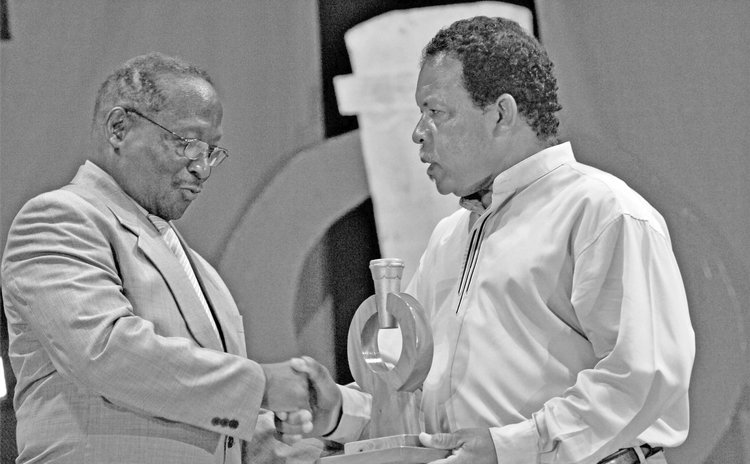 Allan Michael Moise, known by many as 'Brother Allan", was the third of four children and the only son born to Hilton Moise and his wife Hilda. He was born on October 11th 1952. at a very tender age, his mother passed on leaving Allan and his siblings to be cared for by their father who instilled discipline and hard work in his children: one of the many great qualities that Allan possessed and exhibited.

He completed primary school education at the Petite Savanne Government School and then attended the Dominica Grammar School and at another period in his adult life, he re-entered secondary school at the St. Mary's Academy.

Allan was married to Jean and together, they had six children; Cosmos, Nadia, Javan, Hilda, Michael and Cody.

As a teacher, Allan impacted the lives of many young people and children. He taught at the Grand Bay Secondary School, Bagatelle Primary and Petite Savanne Primary. He was loved by all and he loved those with whom he interacted as an educator and his sense of humour always illuminated the halls whenever or wherever friends or colleagues gathered.

Allan was a man of profound faith and would not allow any person, event, circumstance or activity be a hindrance to practicing his faith as a devout Catholic. He was active in church ministry as a catechist and lector, and served as Lay Minister at the St. Michael Chapel for a number of years. As lay leader, he dedicated much time especially to attending to the spiritual needs of the sick and conducted numerous wakes and pilgrimages in and out of the community. Basically at some point in his life, he attended to the spiritual welfare of the community and many sought his spiritual guidance.

Allan Moise served his community with distinction and will be remembered for his sterling contribution to different aspects of community life. As a young man, he gave leadership to the village youth group. He also served as chairman of the Petite Savanne Village Council. He was engaged with the Local Government department as a Community Development Assistant In the southern district. He served on the Board of Directors of the Dominica Essential Oils and Spices Cooperative in different capacities and was at one point the manager of that society.

He was a cultural stalwart and an exceptionally brilliant exponent of the traditional dances of Dominica. He was a founding member of the Petite Savanne Cultural Group and deeply involved in perpetuating traditional cultural art form whenever the opportunity presented itself. He was bestowed with the Golden Drum Award by the Cultural Division for his contribution for the preservation of culture.

Allan Moise loved people and was ever gracious in consistently providing advice to all. He was a dedicated father and will be remembered by many as the epitome of perseverance in caring for his children as he stood resolutely alone with them for the past decade in very trying circumstances. He loved life and he loved a good celebration.

Allan Michael Moise was a devout man; a charitable man; a devoted father; a loving brother; an affectionate friend; a community man; a cultural enthusiast and a humble gentle soul.