Is the US and Europe about to turn out the lights on the citizenship-by-investment (CBI) programme? 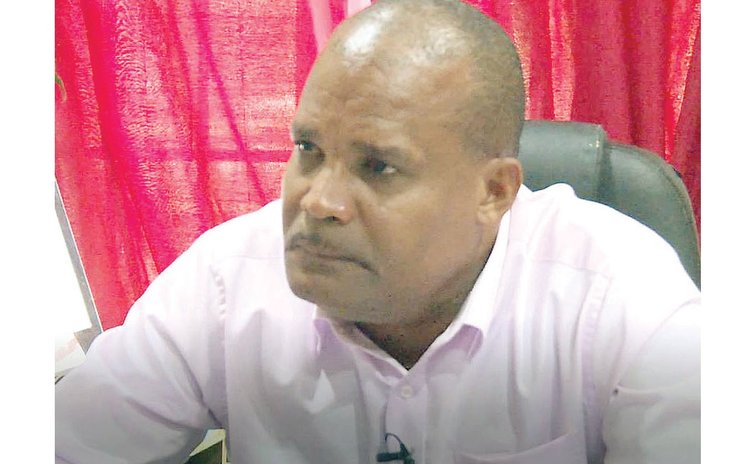 In the eyes of Athie Martin, the former agriculture minister, the switch is about to be turned off and complete darkness is about to fall on the much-vaunted citizenship-by-investment (CBI) programme on which the Roosevelt Skerrit administration depends almost exclusively to fund government projects.

Martin's conclusion is premised on the fact that in recent days efforts have intensified in both Europe and the United States to clamp down on CBI programmes in the wake of Russia's invasion of Ukraine.

Earlier this month, two US congressmen – one Democrat and one Republican – introduced a bipartisan bill to punish countries involved in the sale of passports in return for economic investment. The proposed "no travel for traffickers" act, if passed, will among other measures, direct the executive branch to cooperate with the UK and the EU to eliminate Schengen area visa-free travel for countries that sell passports.

And just last week, the European parliament overwhelmingly accepted proposals to enact legislation to, among other considerations, gradually phase out EU-wide CBI programmes by 2025 and assess the schemes in non-EU countries as "a factor when deciding on the third countries whose nationals are exempt from visa requirements," a move that would have serious implications for Dominica.

"[The CBI programmes] only serve to provide a back door into the EU for shady individuals who cannot enter in broad daylight," argued Sophie Int' Veld, the Dutch member of the European parliament who serves as rapporteur on the issue. "It is time we closed that door, so that Russian oligarchs and other persons with dirty money stay out."

Visa-free travel to the Schengen area – as well as the UK – is a key selling point of the programme because holders of these so-called golden passports can travel freely among the bloc of 26 countries that have officially abolished all passport and other border controls at their mutual borders, without having to apply for a visa or undergo any additional screening by authorities in the EU.

According to various reports, Russian oligarchs have a penchant for such programmes and have been purchasing economic citizenship in Dominica and other such countries for decades.

"The next few years look like there's gonna be an assault [on the CBI] with the objective of limiting the access of people with these passports and basically render that programme irrelevant," Crispin Gregoire, the former ambassador to the UN, told The Sun. "If they lose the EU, they have lost the plum countries. What is the greatest attraction for a lot of people who seek economic citizenship is Western Europe. If you lose that . . . that's not so attractive to them."

Back in November 2016, Skerrit announced that more than 90 per cent of the country's capital projects were being funded directly through the sale of Dominican citizenship, suggesting at the time the programme was the country's only economic hope.

"What is the alternative?" he asked, while accusing the opposition of seeking to undermine the CBI.

In last year's budget address, the prime minister did not say how much the country was projected to earn from the sale of passports. However, he indicated at the time that non-tax revenue of $492.3 million "reflected mainly by CBI revenues" was expected to play a significant role in stabilising the government's finances. And in 2020 he revealed that the programme had generated over $1.2 billion in revenue over a three-year period.

Therefore, any credible threat to the programme will have "catastrophic" consequences for Dominica's economy, said Martin.

"What we are faced with now is much worse than what we were faced with when we lost our banana industry. And one of the reasons is, we don't have a banana industry, we don't have anything to buffer the sudden and complete loss of revenue to the state," Martin told The Sun. "So, the impact of the loss of a programme like that is going to be catastrophic for Dominica."

"If the programme collapses, you you'll see serious, almost depression, economic conditions, because . . . they have neglected building a diversified economy, they've allowed agriculture to collapse to the extent that we are exporting very little agricultural products," agreed Gregoire. "It will take Dominic five to ten years to build a new economic reality and that would have serious political implications."

The government has yet to comment on the pending threats, with Emmanuel Nanthan, the head of the CBI unit, telling The Sun he was "still trying to get the accurate information" and "a full grasp of what is being proposed or discussed."

However, Gaston Browne, the Antigua and Barbuda prime minister, has admitted that the moves in Washington and Brussels have left CBI programmes in the region and elsewhere under threat.

Members of the European parliament have been calling for the termination of residency and citizenship-by-investment programmes since 2014, but this is the closest they've come to ripping apart such programmes.

It's little comfort for Martin, who is convinced that the lights are about to go out on the CBI and the wealth it has generated for a small group of people here.

"When that light switch gets turned off on the CBI programme, we will be in a dark room, there will be no other light, nothing else to give light," he told The Sun. "Because of our negligence in building the resilience and building the sense of sustainability in an economy like ours, we are now confronted with a light switch going to be turned off, but we don't have anything else, we don't even have a candle in the room to tell us where to go."