It's a year since parliamentary representative Ivor Stephenson suffered a massive stroke; some people say he should resign since he cannot perform his duties 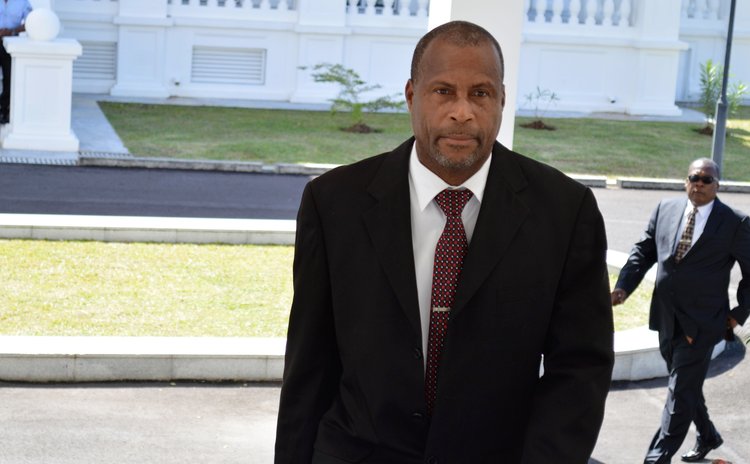 Remember the Member of Parliament for Riviere Cyrique had a massive stroke exactly one year ago, on 20 May 2017.

According to Stephenson's colleague, Dr. Kenneth Darroux, the Minister of Health, "we know that he would have suffered a massive stroke but I really want to reassure the nation that the recovery that the Honourable Stephenson has made has been really remarkable."

But the question is whether Stephenson is able to perform his duties as a minister of government and, most importantly, can he currently and in the future take on the responsibilities as a representative of the people of Morne Jaune, Riviere Cyrique and Grand Fond who voted for him to mind their business in and out of parliament.

"In view of my observations and understandings, the Dominica Labour Party led government has insisted that he be made a Parliamentary Secretary and continues to present him as a masquerading Parl-rep and I say masquerading Parl-rep because on paper he is the elected Parl-rep but as far as the capacity to deliver he has not been able to do so and my understanding is that he may not be able to do so," said Joshua Francis, the Deputy Leader of the opposition United Workers Party (UWP).

He continued: "It is rather unfortunate that in spite of all the pressures that this government has gotten for dishonesty, that once again, it would be dishonest because here it is, just recently the Prime Minister of Dominica Hon. Roosevelt Skerrit reshuffled his Cabinet he would have had an opportunity to sideline the gentleman ( Ivor Stephenson) and have a by-election but he made him a Parliamentary Secretary again suggesting to the world that the gentleman will be taking up work in a country with limited resources. This is a country that was devastated by Hurricane Maria and every penny counts."

But Ian Douglas, the Minister for Trade and a senior member of the DLP contends that it's the DLP's problem to deal with DLP's members of parliament.

"That is for the leadership; we have not discussed that at all and that is not even on the cards for discussions," Douglas said. "Ivor Stephenson is the Parl-rep for the Grand Fond constituency for now until the leadership of the party decides otherwise.

Asked about Stephenson's condition, Douglas said: "I saw him when he was flown to Martinique and have seen him since being back on island. He is now undergoing therapy and from all reports he has done great strides from where he was when he suffered that stroke."

The decision to include Stephenson back in Cabinet after the reshuffle, Douglas said, was with "the leadership of the party who is also the Prime Minister."

Doulas laughed at suggestions of a possible bye-election saying that "Ivor Stephenson is the MP for the area and that is the position for now."

So, Stephenson's ability to perform his duties because of health condition is questionable; that is an issue for the people of Grand Fond, Riviere Cyrique and Morne Jaune and the parliament of Dominica. Probably there is a need for an independent assessment of the health of parliamentary representative Ivor Stephenson.