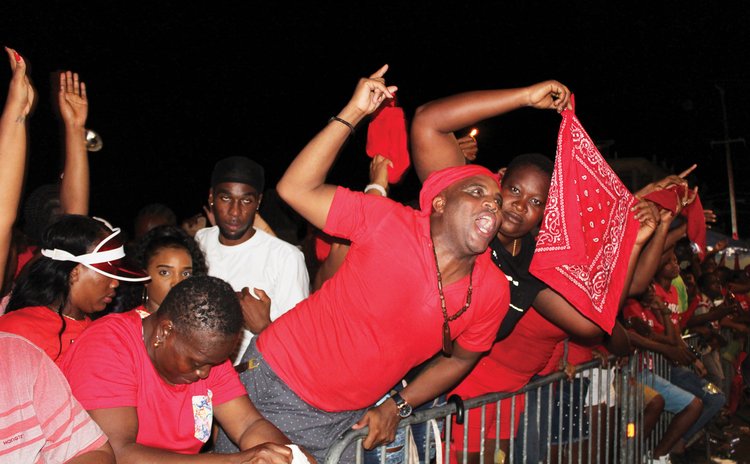 In the nearly fifty years since Mr. Dublin from the Mahaut Constituency has been around, he says that whenever he begins to see a heavy presence of his parliamentary representative, he knows that something is up.

All the signs are there that Dominica is "ripe" for another early election - if not in the next few months, but within the next year, says Pollster Alex Bruno.

"From the purchase of DOMLEC to the recent series of big broad media policy events which are broadcast live throughout many different channels, to the arrangement for direct international air access to Dominica from the Miami hub, to the heightened sense of public awareness and the steady presence of the prime minister on the island, to the pronouncement which has been made, national address which has been given, the idea of the economy which is now front and centre, consultations in terms of agriculture and the discussions about the issues of the main bread and butter activity for the Dominican economy, the CBI," said Bruno in a telephone interview. "All of these can be put in the mix in terms of what you can use to measure whether there might be an election around the corner".

In the case of Dominica where elections are not constitutionally due until May 2024, many have suggested that the Prime Minister may call an early election and step down to become President of Dominica.

That's a scenario that a source close to the party did not deny.

"It's very likely that this is what will be done," the DLP supporter said. He [Skerrit] knows that at one point in time, people will want something different. More than likely, if another election is held we [DLP supporters] know that the younger folks may look for something different, so hence the reason I believe that he has his eyes on the presidency."

Recently the Caribbean Agency for Political Advancement (CAPA), of which Bruno is the managing Director conducted a nationwide survey on the favorability of Roosevelt Skerrit as president of Dominica.

The survey, he says, was commissioned by private citizens and conducted a random survey between February 11th and 20th, 2022.

Though Skerrit, earlier this year dismissed claims that he will replace His Excellency President Charles Savarin in 2023, many people including Bruno, pointed out that the PM has said many things in the past but has gone against his word.

Bruno acknowledged that some negatives could work against the Dominica Labour Party (DLP) if they were to call a snap election such as the recent scandal involving Dominica signing diplomatic relations with Syria.

"Another issue that I think needs to be considered is the idea of electoral reform, which was promised by the Prime Minister, but the people do not seem to be too perturbed about it, either way", Bruno said. "So if the prime minister gets a read that the people do not really bother too much about it, he may venture to go to an election without reform again".

In terms of what appears on the ground for favorability, the senior political scientist says that the momentum is that the incumbent party has what it takes to marshal a win from the situation that exists right now.

"They have been up and running steadily for the better part of a year, if you observe there has been steady activity. So there is enough and ample warning for the opposition, I think, to have known that something might be happening," Bruno said.

The question which now remains is if there is a snap election, would the opposition political parties who have been clamouring for electoral reform since 2005 participate or boycott the election.

Asked that question last week, Lennox Linton, the political leader of the Opposition United Workers Party (UWP) said he's leaving this decision in the hands of the people.

As for the almost 54-year-old Dominica Freedom Party (DFP), chairman Johnson Boston, says that they are preparing to participate in the electoral process but is hoping that the "right thing" is done before the next general election.

Insisting that "enough is enough" a group of individuals representing political parties, the private sector, and religious and civil society organizations, have joined forces to plan actions to create the desired results which will ensure good and accountable governance in Dominica.

Dubbed "We The People", the group has made five demands to the government, one of which includes an update, by mid-April, on the long-awaited report from Sir Denis Byron -the sole commissioner appointed by the government to advance electoral reform in Dominica.