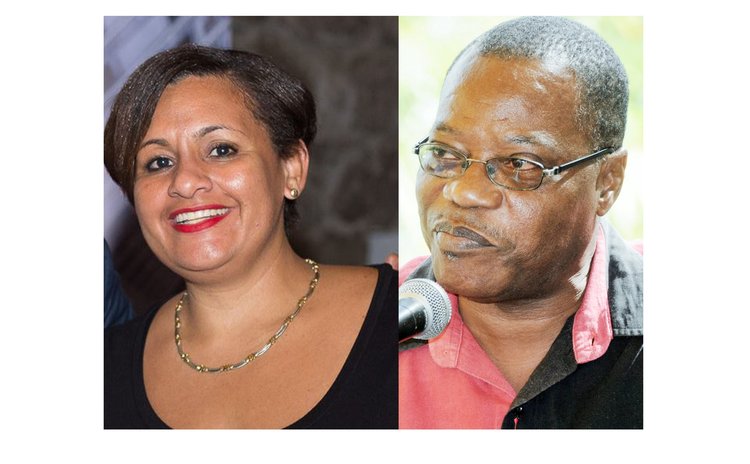 They don't believe. They really cannot believe it.

Economist McCarthy Marie and hotelier and environmentalist Athie Martin are still trying to figure out how on earth hotel occupancy reached 61 per cent in the first half of this year.

"It doesn't compute," Martin tells The Sun. "That's completely wrong. It's about half of that, 25 per cent," Marie exclaims.

At the Dominica Hotel and Tourism Association (DHTA)'s 48th annual general meeting on 3 August, the association's president Arienne Perryman announced that hotel occupancy for the first half of 2017 had increased to 61.2 per cent.

The figure has stunned both Marie, who himself is involved in the hotel business, and Martin, a former DHTA president.

It inspired Marie to produce a detailed paper on the challenges that tourism and the accommodation sector have faced going back to the early 1990s, governments' efforts at facilitating financing through the AID Bank, tourist arrivals numbers and the history of hotel occupancy.

He quotes data from Discover Dominica Authority (DDA) for 2014 which shows there were approximately 1000 rooms of various sorts here, with 31,872 people staying in paid accommodation.

Marie also quoted an official of DDA, who at a 13 July DHTA gathering explained that there are 120 properties with 1049 rooms in Dominica who are asked to report their occupancy at the end of each month to STR, the American supply and demand tracking company.

The DDA official, Marie says, revealed that only nine of the 120 properties – that's 7.5 per cent - participate in this scheme, some sporadically.

"It suffers from a severe case of what statisticians refer to as self-selection bias and is ipso facto [in fact] not representative of the group.

The economist made reference to the average occupancy rate across the Caribbean since 2012, the highest being 68.3 per cent in 2015.

In fact, the Barbados-based Caribbean Tourism Organization, of which Dominica is a member, reports that last year occupancy fell to 66.7 per cent. It also reports that the industry continued to struggle in the first quarter of this year.

"Clearly our own rates of occupancy are nowhere close to the Caribbean average and the continued dissemination of 'alternative facts' does no one any good. Unfortunately the president of the DHTA has recently repeated these alternative facts published as official government statistics and they have now become fake news," he writes.

"You should figure out that Dominica is a small tourism player, extremely small. So how did we get to 60 per cent? The way they arrive at these figures is nonsense and they shouldn't use that," he later told The Sun.

"[If this were so] we'd have money. We wouldn't have to have any special loans to upgrade or anything."

It is the same position that Martin has adopted, insisting there are no signs to suggest that occupancy is anywhere near what Perryman reported.

"It appears again [to be] a really desperate attempt to create some good news . . . I have not been able to find justification of that and it just seems they are playing games with the statistics.

"You would see it. Absolutely, you would feel it even if you were not in the tourism industry directly. That would have meant a 100 plus per cent increase in occupancy. Who registers that?"

Clearly, they really do not believe it.