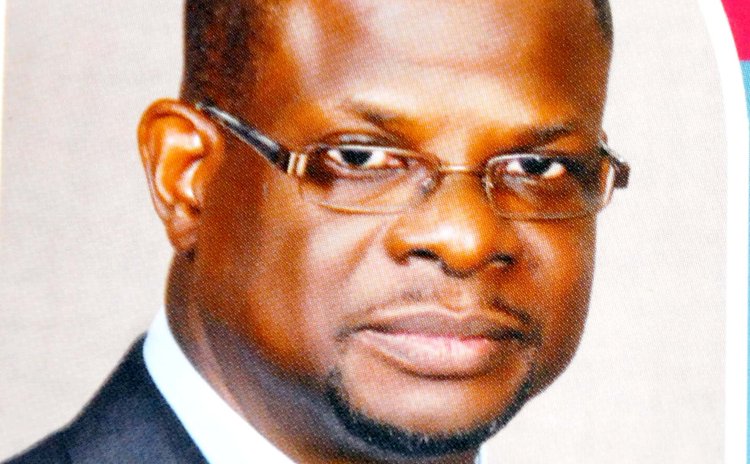 Tony displayed a great love for technology in his childhood. One of his favourite pastimes was breaking apart old transistor radios and using the parts to develop motorized toy trucks and airplanes.

In 1990, he migrated to the United States to further his education at Lehman College in New York, graduating with a BSc in Computing and Management.

While traveling on a bus in New York, he was identified as a Dominican by a passenger because he was wearing a shirt with a Dominica logo. It turned out that they were attending the same college. Their friendship flourished and eventually grew into a love relationship. Tony and Debbie became husband and wife on August 8, 1997, and their union brought them a son, Sidney, their pride and joy.

Tony's career took him into diverse employment fields. He was employed with HHV Whitchurch & Co. Ltd, first as a travel agent and then as manager of the Super Market. From there he moved to the Dominica Unit Trust. He was based in St. Kitts from 2000 – 2005, while he worked with the OECS Economic Development Unit (EDU). Tony later worked with the Ministry of Tourism, Country Manager at Digicel, and the Ross University, among others.

He served fervently on the Board of Directors of the National Bank of Dominica for ten years, the last eight of which were spent as Chairman, with his final term ending July 2020. He took this role very seriously as he would occasionally miss choir practice because "he was preparing for a Board meeting".

Tony's parents were devoted Catholics who were very involved in Church ministry throughout their life. Like his parents and siblings, he was passionate about church ministry and at a very young age, was a member of the youth movement and a catechist. He eventually became leader of the Youth Movement and was instrumental in organizing two overseas camps for the young people of St. Joseph and other parishes in the Diocese, in the 80's. He later became a member of the Youth Support Group – a group of adults committed to assisting the young people – and provided support to the young people even to his final days.

In the early stages of Tony's music ministry, he was one of the guitarists for the St. Joseph Youth Choir. Over time, he learned to play the keyboard and shared the role of keyboard player with Martin Charles, the then Musical Director of the St. Joseph Senior Choir. After returning from his studies and work in the United States, he moved to the Colihaut Parish because of his marital family ties. He later returned to the St. Joseph Parish and in 2018 took up the role of musical director. Notwithstanding, he continued to provide musical support to the Colihaut Parish.

One of his greatest musical achievements was a "Glory and Praise" event in 2020 at which the St. Joseph Church choir performed more than 20 songs and hymns, which were later recorded and sold as a fundraiser for the Church. Tony singlehandedly did the musical accompaniment and technical work involved in this accomplishment.

His technical skills have been a great asset to the church. The Church was able to have musical accompaniment immediately after Hurricane Maria as he powered up the musical equipment from his vehicle and as soon as a generator was made available, he was instrumental in ensuring that there was electricity during Mass.

It is indeed a pleasure to have the words of the hymns displayed on the screens at Mass every Sunday. Anthony designed the system, sourced the equipment, was involved in installing the screens and projectors with the help of others and did the technical work required for the onscreen display. Every weekend, besides having to prepare for the musical accompaniment for the Choir, he also ensured that the hymns were available for on-screen display. He would usually be found in the church doing required repairs to the sound systems any day or time. He loved his music and he and his keyboard shared a lot of time together.

Most people's memory of Tony is at his last attendance at Mass, which was the Chrism Mass held in St. Joseph, on March 31, 2021. Although he was not in the best of health that night, he accompanied the choir beautifully. The following day he was taken to the St. Joseph Heath Center and two days later he underwent emergency surgery and then the family had to deal with the unexpected news of his serious illness.

Tony loved a challenge and always wanted to do things just right. He was our electrician, plumber, real estate manager, driver, whatever we wanted him to be. He was given the name "Mr. Perfecto" by the Colihaut Choir. He was a lover of nature and at one time got involved in photography, as a way of capturing the beauty around him. Tony was the last among his siblings – Giftus, Justina, Johanna, Avril, and Simon. He was a wonderful family man -a devoted husband, father, and brother. He was always well-groomed, had an amazing sense of humor, was a firm but cool guy with a unique, captivating, sometimes provoking smile.

Tony remained steadfast in his faith throughout his illness and trusted God to the very end.

Farewell, beloved one. We will certainly miss you. We will forever hold you in our hearts as we remember the many beautiful moments we shared together – just having fun, eating a meal, or just being around each other. We are assured that you are in a better place, probably playing the keyboard up there in heaven. May you rest in peace.