Father Clement Jolly publishes "To be a Christian" 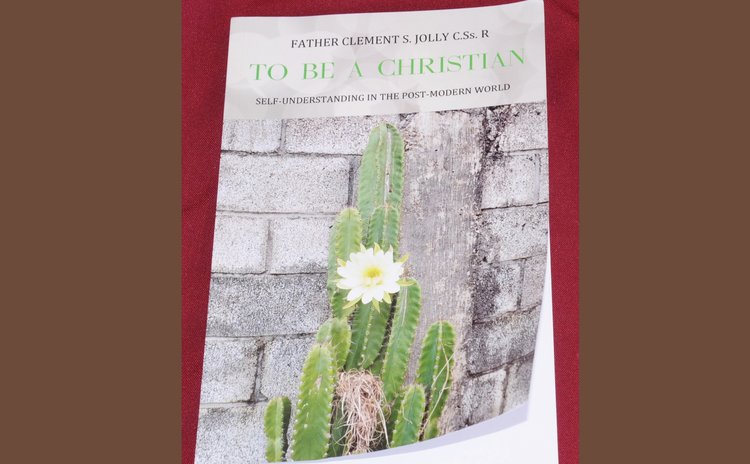 Almost one year after his death, Father Clement. S. Jolly has published his 25th full-length book.

"To be a Christian. Self-understanding in the post-modern world" was published by Emmanuel Publishing House in November 2018; Father Jolly died, at 85, on December 16, 2017.

"Our last conversation, before he left for the Mount Carmel Home at Morne Daniel, was that he was very disappointed that the book was not going to be published," said fellow Redemptorist Father Franklyn Cuffy. "So I took on the responsibility to get it published."

Fr. Cuffy said Hurricane Maria and the illness of the first typist of the manuscript, delayed the publication of the book. Father Jolly was one of Dominica's most prominent authors; he published 25 books, one of them was a book of poetry with contributions by him and several other writers.

In "To be a Christian" Fr. Jolly "tells us that God has a master plan for our lives as well. If we disregard that plan or deviate from it in significant ways, we create an unstable structure that would come crashing down," said Kelvin E. Cardinal Felix in the Foreword.

The 235-page book contains 17 chapters ranging in subjects areas from "Christian understanding" to "Disintegration in the Western World" to "Christian Authenticity" to "The Christian in the Post-Modern World."

"To be a Christian" speaks to us with a profound wisdom and clarity that could only have been dictated from above," states the back cover of the book. "In this his final book, Fr. Clement S. Jolly pours out the concerns of his heart to a church that has failed to distinguish itself from the world neither in lifestyle nor in ideas."

On the front cover of "To be a Christian" is a photograph, taken by Fr Cuffy, of an ornamental elongated multi-stem cactus plant superimposed against a wall made of weather-beaten concrete blocks. There's a cream white flower in the centre of the cactus plant and a bird's nest near the bottom end. The nesting bird flew away when Father Cuffy was examining the plant.

Father Cuffy said the resilience of the cactus, its pure creamy white flower, the bird nest from which the bird flew away "was testimony of what Fr. Jolly's life was about".

"We have lost a prophetic voice," Father Cuffy said.

Copies of "To be a Christian" is available at EC$30 each at Jays Bookstore on Independence Street, Roseau and from Father Cuffy.