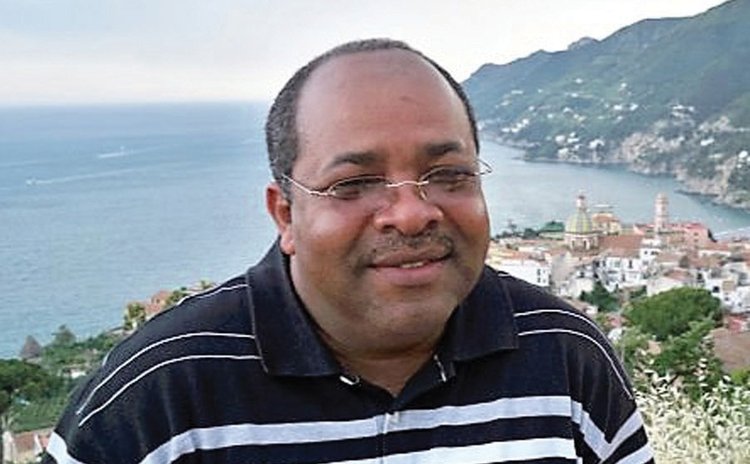 After celebrating a major milestone in 2014, being a priest for 25 years, Father Vanty Auguiste has written to Rome requesting a "dispensation" from the priesthood, the SUN can confirm.

Speaking to the SUN last week, Bishop of Roseau, His Lordship Bishop Gabriel Malzaire, said that recently he had to inform the clergy about the situation regarding Fr. Vanty; he said he wrote this: "Please be advised that Fr. Calistus Vanty Auguiste C. SS.R has requested that his congregation relieve him of his priestly faculties. Presently, the necessary paper -work is being processed with the appropriate congregation in Rome to finalize his laicization, Bishop Malzaire said. This means he will no longer be functioning as a priest".

The process, Bishop Malzaire added, is complicated and lengthy.

In 1989, Fr. Vanty, as he is well known, became the first Kalinago to be ordained to the priesthood. He is a member of the Redemptorist order.

While celebrating his 25th anniversary in the priesthood, Fr. Vanty said it was a "calling" to join the clergy, having to leave behind his dream of becoming a dentist; in addition he had to ignore the jeers of his friends as he headed to the seminary.

He noted that his biggest achievement during 25 years of service was being a "people's priest," i.e. someone who is close to the people and understands their situation.

"I am someone who tries to understand their sorrows and pains and that is because I come from a humble home and the experiences has really helped me to understand people's plights and their suffering and I think that has brought me close to people," he said.

As one of his major challenges Father Vanty listed the changing world and its hostility toward the word of Christ.

"I believe that people don't take easily to the word of God and being a priest and having to go through that on a daily basis is really a mountain to climb," he said.

Father Vanty worked in the Cathedral, Goodwill, and Grandbay parishes as well as in Vieux Fort in St Lucia and in Trinidad. He also served at the Holy Redeemer Retreat House in Eggleston.

Why the turnaround in Fr. Vanty's life? We were hoping he would answer that question but our efforts at contacting Fr. Vanty in the Kalinago Territory were unsuccessful up to press time.