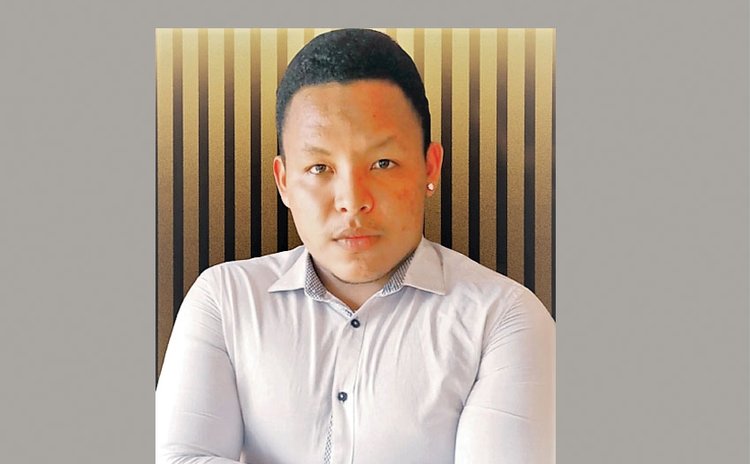 A determined, straightforward, bold 19-year Kalinago youth has committed himself to inform his people and the wider public about the ill effects of climate change while advocating for youth development in his community,

Ferdison Valmond of Sineku got involved in youth development from a very young age after being turned down from joining youth groups when he was a mere 12 years old.

"Growing up I was always being excluded from youth groups because they would say I am too young, but at the age of 12, I was thinking like an 18-year-old," he said. Creating his own

And this led him to create his own youth development group, Kalinago Inspirators when he was just 15 years old.

"I decided to start a youth development group as a stepping stone for young people to get involved in agriculture, education, health, tourism, etc.," Valmond said.

To date, Kalinago Inspirators has a membership of 13 who range in age from 10 to 35 and operates under the motto: Contributing To Society Through Volunteerism and Community Service.

Valmond laments that the wider community and developmental organizations do not seem enthusiastic about supporting the youth group.

"I would say it is really bad because we have been reaching out to them nonstop asking for permission to use a space that we can set up as an office, that will also serve as a mediation room and an area where young people can do printing, get help with SBAs, etc.," he said.

Apart from helping youth in his community Valmond is passionate about the United Nations Sustainable Development Goals (SDGs) Goal 13 which speaks to climate action.

"I am an indigenous youth representative," he said. "Indigenous people are at the frontline of climate change because they rely heavily on nature to provide everything."

Valmond's first activity was a climate symposium hosted by the Bangladesh Youth Leadership Centre, where he was the only Dominican attending. He eventually got involved with UNESCO and is currently part of their youth advisory group.

Ferdison's determination to be active in the fight against climate change led him to join other organizations like the World Environmental Organization and the International Union for the Conservation of Nature.

He considers himself an ambassadorial Kalinago youth tasked with the mission of speaking out on climate change's effects on his people.

"I see myself as being able to go up there and speak on the issues affecting the Kalinago people," Valmond said. "And it is something that we really don't see happening every day. Because we all know that Kalinago people are being marginalized by Dominica."

He has an appeal to the wider Dominican public on actions they can take to help the Kalinago people in their fight against the effects of climate change.

"If a lot of Dominicans practiced the proper disposal of garbage and keeping the environment clean and less cutting down of the trees it would really help the Kalinago people have the backbone to fight against climate change," he said.

This determined, straightforward, bold young man is devoted to pursuing his climate action work and sees his future reflecting exactly that.

"In the next three to five years I see myself reaching out to schools, youth organizations, businesses, and even government to get that support we need as young people to get involved in the fight against climate change," Valmond said.

He is optimistic his work in this field will earn him the recognition he needs to push his projects and ideas for climate action even further. To the country's youth, he says this: "Although we are a developing country we need to work together to fight for the cause, it's climate action or we have not won."