Fidel Castro dismayed by death of Garcia Marquez, but in good health 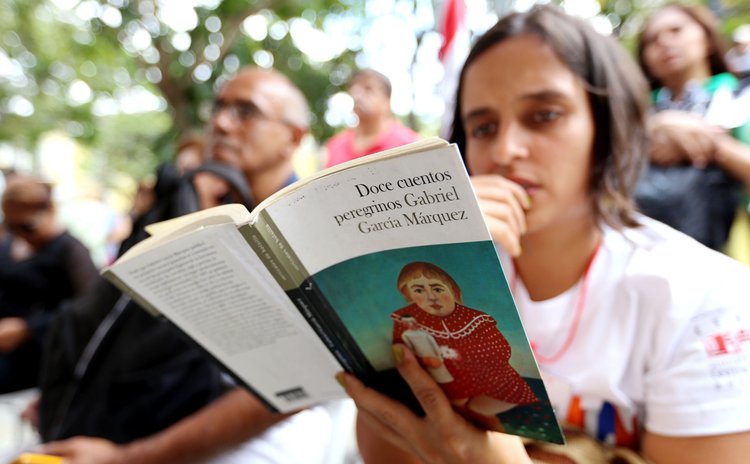 HAVANA, April 25 (Xinhua/Sun) -- Former Cuban leader Fidel Castro was in good health despite that he had been dismayed over the death of Nobel Prize-winning Colombian writer Gabriel Garcia Marquez, an official said on Friday.

Castro, 87, maintained a personal friendship for decades with the Nobel laureate, author of "One Hundred Years of Solitude" and a faithful admirer of Cuba and its revolution.

He has not made any public statements on the death of his friend, but sent a wreath to the famous writer's memorial service held in Mexico City.

Mostly, Castro has remained out of the public since 2006, when he suffered from a serious intestinal disease. He was succeeded as Cuban leader by his younger brother Raul Castro in 2008.

The Cuban president sent a message of condolences to Mercedes, the widow of Garcia Marquez, saying that Cuba has lost "a great friend, intimate and supportive," and describing his works as "immortal."