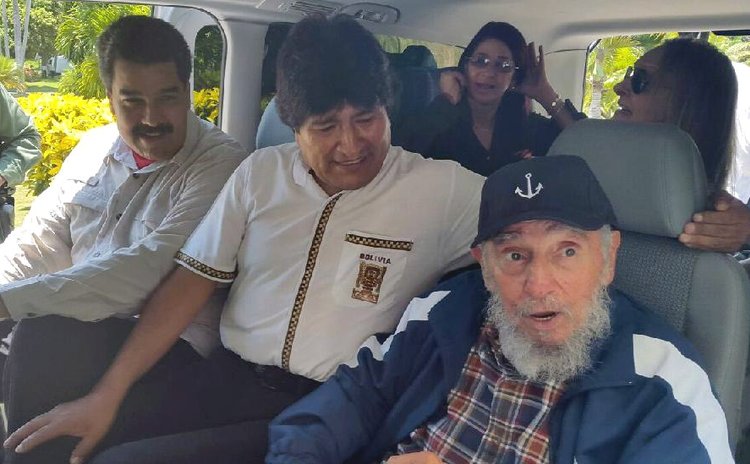 HAVANA, Aug. 13 (Xinhua) -- Cuban leader Fidel Castro on Thursday reminded the U.S. that it owes damages to Cuba stretching to "millions of dollars", while pledging that his country will never stop fighting for peace and the well-being of all humanity.

In a message published Thursday, his 89th birthday, the former Cuban president said the U.S. owes a huge debt to Cuba, including damages reaching millions of dollars due to the trade embargo, which his country has made clear with irrefutable proof and arguments during appeals to the United Nations.

In an article titled "Reality and Dreams", Castro noted that the U.S. social justice must be consolidated so that all people may have access to education, health, nutrition, culture, security, and the right to worship regardless of the colors of their skin or countries of origin.

The veteran revolutionary also denounced wars and recalled the millions of casualties that the Soviet Union and China suffered during World War II, as well as immense material losses.

However, he reserved his full ire for the U.S. by stating that, during the World War II, the U.S. kept its territory and industries, and the richest and most well-armed country on Earth, while other countries counted their dead.

His article was published on the eve of the U.S. Secretary of State John Kerry's visit Friday, when he will preside over the ceremonial inauguration of the U.S. embassy in Havana. The visit will mark the first time in 60 years a U.S. Secretary of State visits the socialist island, which restored diplomatic ties with Washington on July 20 after half a century of animosity.