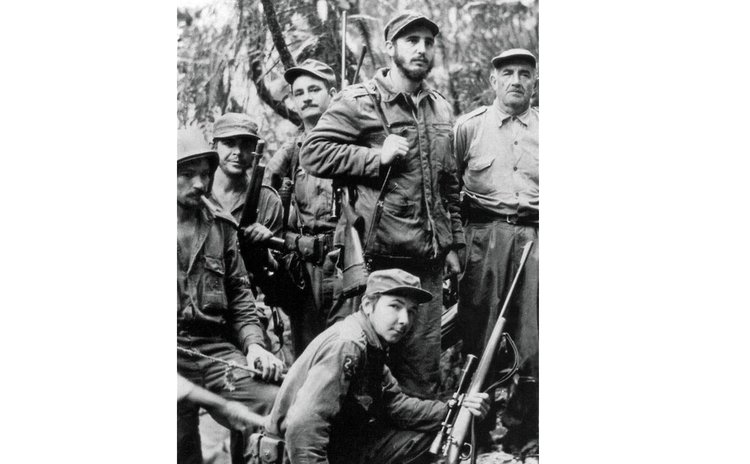 HAVANA, Aug. 12 (Xinhua) -- Fidel Castro is one of the most admired, controversial and respected politicians in the last century, whose legacy will endure the test of time due to his life-long struggle to achieve social justice and fight against inequality.

That is why Katiuska Blanco, a Cuban journalist and biographer of Castro, believes millions around the globe will remember the leader who will turn 90 on Aug. 13.

"Fidel has already become one of the great political figures of all time. His legacy is powerful, beautiful and based on solid socialist ideas and values," Blanco said in an interview with Xinhua.

Since 2003, she has written three books related to Castro's life, two of them linked to his family and early childhood in the eastern town of Biran where his Spanish father settled in 1915 and married local farmer Lina Ruz.

Her last take on Castro is a book of over 1,000 pages, where she talks with the Cuban leader about his childhood, university life, early political and military career, and the revolutionary armed struggle in the Sierra Maestra mountains until the triumph of the revolution on Jan. 1, 1959.

Blanco is currently working on a second tome of the leader's biography after compiling hours of conversation and anecdotes.

"He is in the hearts of millions of Cubans and people around the world, which will last through time. Fidel always tried to reach out to the poor and his main concerns were always for the disadvantaged," she said.

The Cuban journalist said Castro is a "true leader" with an outstanding human sensibility and discipline, who is always willing to fight against inequalities and wrongdoings caused by the capitalist system.

"Throughout the years, I have learned from Fidel that he is an eternal rebel as he will battle until his last breath for social justice. This was embedded into him very early in life as he was surrounded by very poor farmers in his hometown," she added.

As he is about to turn 90 years old, Castro's ideas are still present in Cuban society, even though he retired from public life 10 years ago.

In 2006, the former Cuban president temporarily passed on his duties to his brother, Raul, before formally resigning as head of state in 2008.

According to Blanco, Fidel Castro is still very active and is worried about many issues worldwide such as food production, current wars and "capitalist destruction."

"He is a very informed man, he is always asking his aides for information about numerous topics that concern him," she revealed.

To celebrate Castro's 90th birthday, billboards have been erected across the country with his portrait and best-known phrases, while state television is filled with interviews about his time in power and hundreds of cultural events to honor him will take place until Aug. 13.

"Fidel has become a world reference, an inspiration for many and the guide that has led this country to social justice and great achievements in education, health, sports, culture and science," Blanco said.