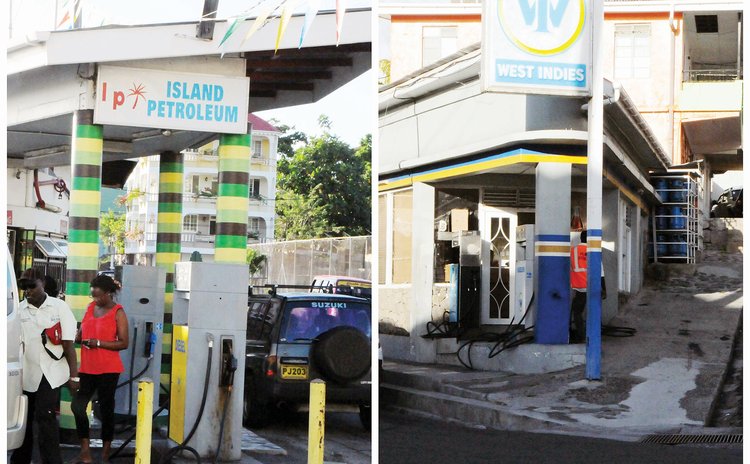 McMillan Jno-Baptiste wakes up on mornings and gives thanks. Not only for seeing him through to another day – he turns 80 this year but, according to one customer, doesn't look a day over 60 – but for being able to do something he loves, something he is passionate about, something he has done for a shade under six decades.

McMillan (or Mr. McMillan), as he is widely known – most people believe it's his last name, he says – gives thanks for providing energy to those in need of it.

"I have been associated with fuel from 1956," he reveals to The Sun. Back then he worked for Esso, driving the trucks, taking the fuel to the people when the people were unable to get to the fuel, among other tasks. In 1974, he began his petrol retail business, a business he still owns and runs diligently.

In his near sixty years in the petroleum business, Jno-Baptiste has seen and experienced the vagaries of changes to fuel costs. He's seen the best and the highest of prices. And not since the early 2000s have rates been as low as they are today, he recalls. And he has to dig further into his memory bank to recall single digits costs for a gallon of gasoline.

"It was six dollars for a long time around the time UWP (United Workers Party) came into office," he tells The Sun. That was 20 years ago. "(It was ten dollars in (the) very early 2000s."

The falling prices, fuelled by the rapid decline on the world market, make little difference to his profit margin, which is fixed by the government at 70 cents for every gallon of gasoline sold, 65 cents per gallon of diesel and one dollar on every cylinder of cooking gas. Wholesalers fare even worse, earning less than one cent per gallon of diesel or gasoline, according to figures from the ministry of trade.

However, retailers like Jno-Baptiste enjoy the financial benefits of the lower prices in other ways. They now spend less to purchase petroleum from the wholesalers and their electricity bills are lower.

Well, not everyone is entirely happy. Herbert "Sukie" Winston, himself a petrol retailer and the only one with a marine outlet, isn't enamored of the constantly changing prices. As far as he is concerned, this hurts the retailers.

In fact, he suggests, petrol retailers have a hard time meeting financial commitments, revealing that in many cases they are forced into deficit.

Electricity is among the main costs of doing business. Having been in the sector for as long as he has, Jno-Baptiste can tell the difference.

"When I started (my retail operation) in 1974 I was paying two hundred dollars a month for electricity, now it's fourteen hundred dollars," he tells The Sun.

The ministry of trade admits that the petroleum business isn't a profitable one for wholesalers or retailers. However, the director of trade, Matthan Walter, says petroleum prices are controlled because the authorities recognize that it is an essential product.

"The main reason for price control is to ensure the product is sold at a price that will be of benefit to the community," Walter tells The Sun in a frank and open interview via telephone. "We have a Supplies Control Act in place - and petroleum (is controlled under this act) - and it's for the benefit of the community so the people can have access to (the product)."

McMillan Jno-Baptiste has been giving thanks every day for just shy of six decades for the opportunity to provide this access to the Dominican consumer.