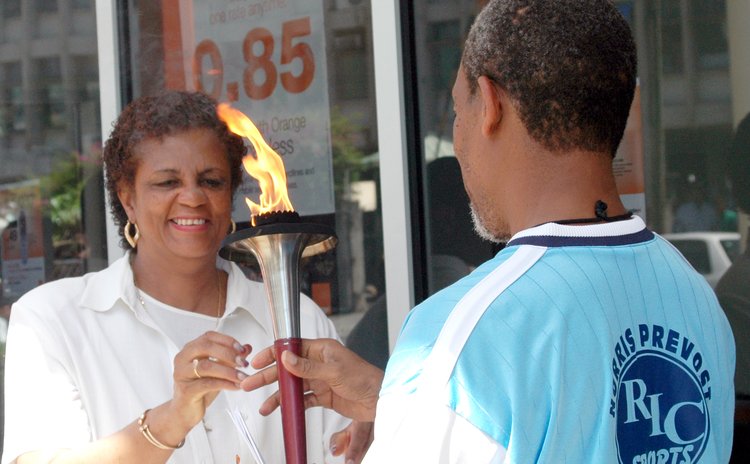 The Roosevelt Skerrit Administration has apparently bowed to public pressure. House Speaker Alix Boyd-Knights has now been replaced as the Government's nominee for the post of President of Dominica.

According to a reliable source, the government despatched late Tuesday evening a letter stating that Boyd-Knights will no longer be its nominee and her name has been replaced by retired Permanent Secretary of the Ministry of Education, Jennifer Wallace-Lafond.

The opposition United Workers Party (UWP) was setting up to hold a "protest meeting" outside Parliament on Friday afternoon, one day after the House of Assembly would have met to appoint a new President.

Earlier many Dominicans debated whether House Speaker Boyd-Knights was a suitable nominee to be the country's new President. She was expected to replace His Excellency Eliud Williams who held the post for one year after Dr. Nicholas Liverpool resigned due to poor health.

But as the Sun reported earlier this week in making the nomination of Boyd-Knights, Prime Minister Skerrit did not consulted with President Williams who has openly expressed interest in continuing in the post.

"He has disrespected the President and the people of Dominica and also the family of His Excellency Williams who are unhappy and very hurt at what is going on," an informed source stated.

"The people of Dominica have a moral obligation to indicate that they are not in sync with this morally reprehensible act of elevating Alix Boyd-Knights to the presidency," Linton stated on Q95 Fm.

He said that as a citizen of the Commonwealth of Dominica who is concerned about greater level of decency and civility in the public affairs of Dominica, that appointment is "an assault on our hopes and dreams."

He said Speaker Boyd Knights has been biased, extremely unfair and she has been unjust and hostile to the members of the opposition United Workers Party, Linton said.

He said the role of president requires an "even higher level of balance, fairness and justice" and requires an individual to be "above the political fray" which, he said, Boyd-Knights is "completely incapable" of.

Michael Astaphan, the acting political leader of the Dominica Freedom Party (DFP) told DBS Radio on Friday that the DFP could not support Boyd-Knights' nomination.

When President Dr. Liverpool resigned last year the UWP challenged, in court, the manner in which Dr. Liverpool left office and also how the Speaker of the House, Boyd-Knights dealt with the election of the new President. The UWP argued that the Opposition Leader was not properly consulted, in accordance with the Dominica Constitution.